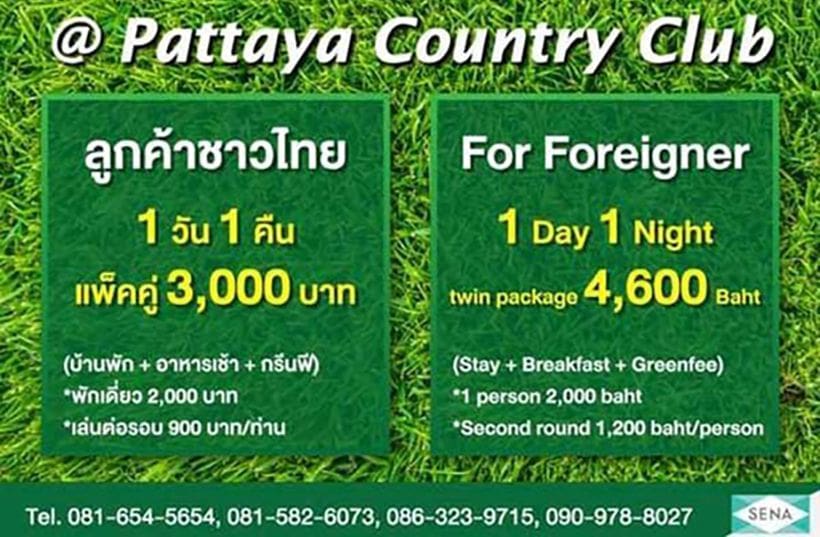 Thaivisa is reporting that an ‘anonymous’ tip from an expat golfer has shed light on some interesting pricing options at a Pattaya golf club.

The poster also states that Thai golfers will pay 300 baht less for their second round.

Not uncommon, dual pricing or overpricing for foreigners, takes places at numerous national parks and historical sites across Thailand. But not so often implemented in privately owned businesses or promoted so clearly.

Last week saw another such incident at a small ice cream stand in Bangkok, read more about that incident HERE.