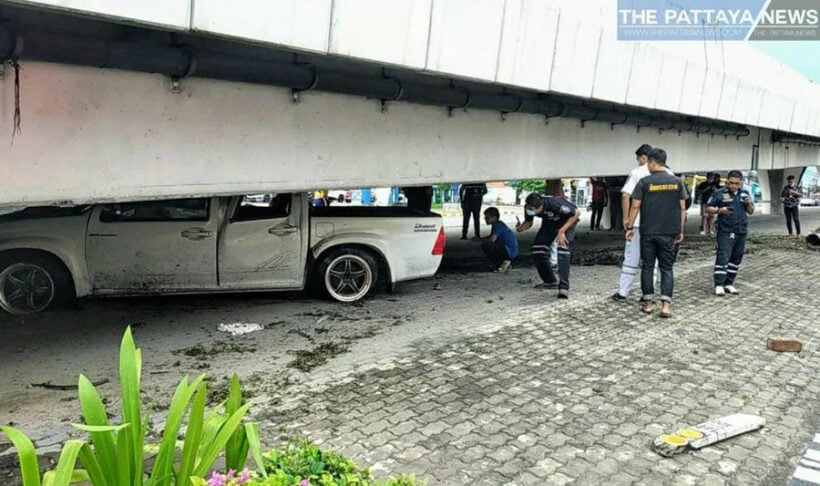 As European pop group Milli Vanilli once mimed, “blame it on the rain…”

An 18 year old Pattaya driver says a wet road made him lose control of his truck, causing it to veer off the road and lodge firmly under a highway overpass. The Pattaya News reports that the incident took place around 4pm yesterday at an overpass on Sukhumvit Road, Pattaya City.

The driver, named as Sarayut Salamtae, escaped without any injuries, but his truck did not fare so well, becoming firmly wedged under the overpass bridge. Mr. Sarayut says he lost control at a bend in the road, due to the fact it was wet from recent rain.

Pattaya police are now checking CCTV to see if speed was a factor in the incident. The truck has now been removed from its tight spot. ‘Reverse’ wasn’t going to be enough in this case. 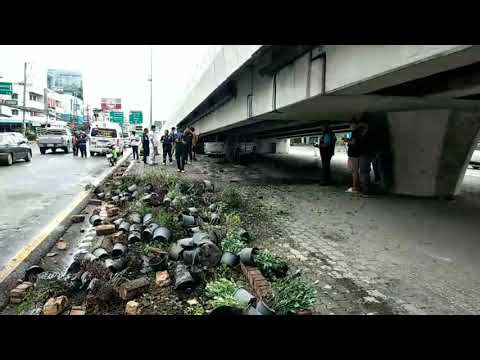