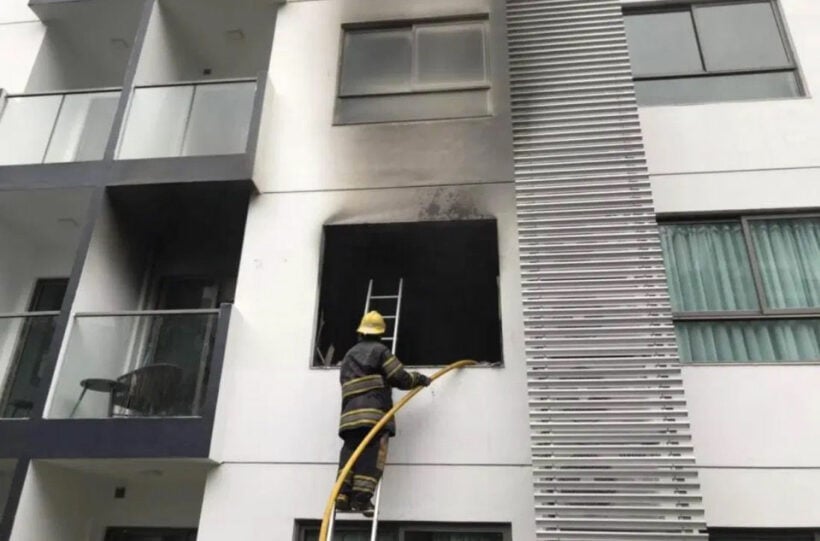 Fire severely damaged a room at a luxury condominium in Pattaya yesterday evening, just before sunset. Firefighters were notified of the fire at a condominium in Soi Thappraya 9 at 6pm. The cause of the fire is under investigation. Firefighters, rescue workers and reporters rushed to the condominium complex, the name of which is being withheld while the investigation is ongoing, to find thick smoke pouring out of a window on the second floor of the sprawling development. 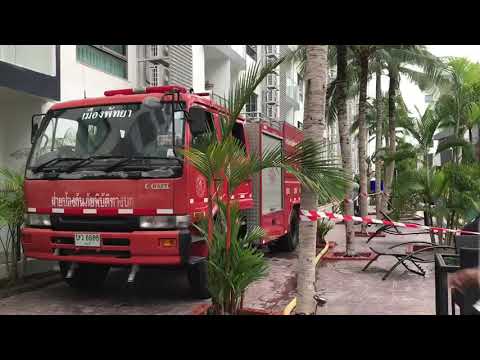 Police quickly moved all residents out of the building, where they formed a large crowd by the pool to watch the situation unfold. Firefighters quickly brought the blaze under control. The room was a complete loss, according to staff, but no injuries were reported.

One of the building’s residents told The Pattaya News that he lives in a room nearby on the same floor. He saw the fire and some smoke pouring out from the room. He says he knocked on the door to tell the resident, reportedly a tourist, to escape from the fire, before calling firefighters.  Pattaya City police are continuing their investigation to find the cause of the fire. 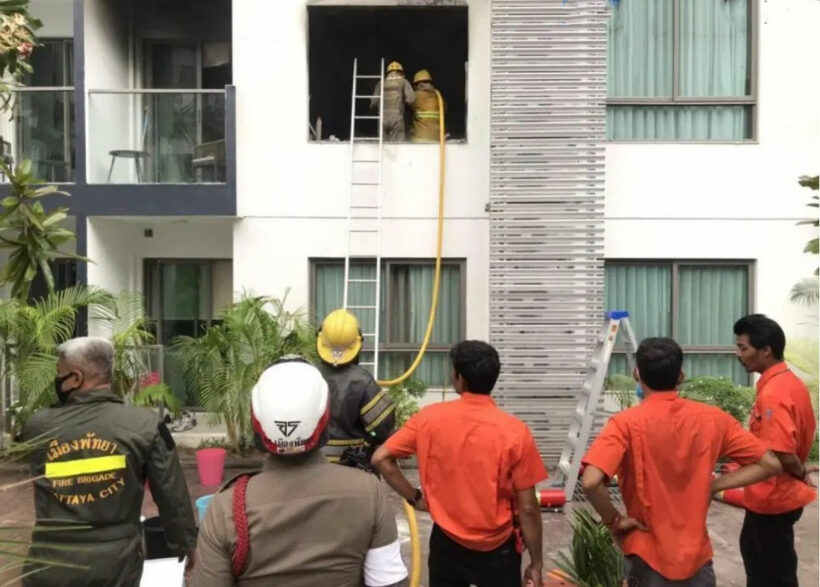