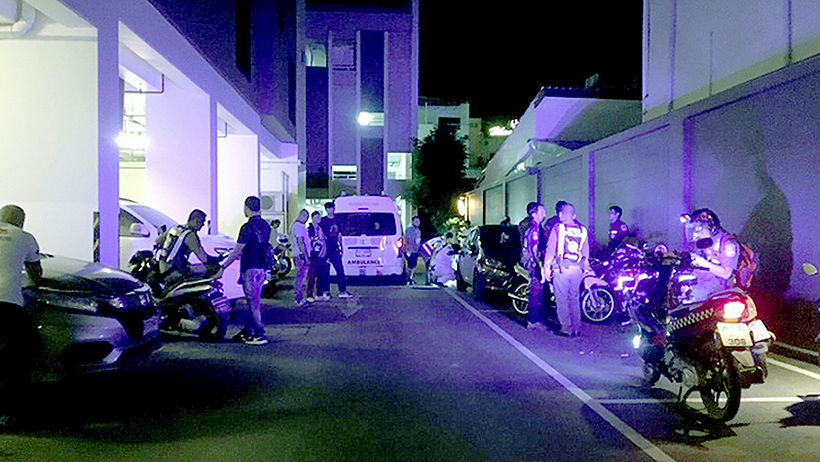 A South Korean woman has fallen to her death from a Pattaya condo. The incident happened yesterday morning. She was aged between 25 and 30, according to the police report.

Pattaya Police Station was notified around 2 am about the incident at the Chonburi condo and officers rushed to investigate the scene. They found that the woman’s skull was cracked, there was blood dripping from her nose and mouth and her right leg was broken in the fall.

Police discovered a “big lock of hair near the body”, but they weren’t sure at the time whether it was from the South Korean woman.

According to The Nation, the condominium’s security guard told the police he heard the loud sound of something hitting the ground. When he went to take a look, he was shocked to see the body of the woman and then ran to call the police and an ambulance.

The police have not revealed any more details at this time or chosen to speculate as they collect evidence from security cameras and await an autopsy report.