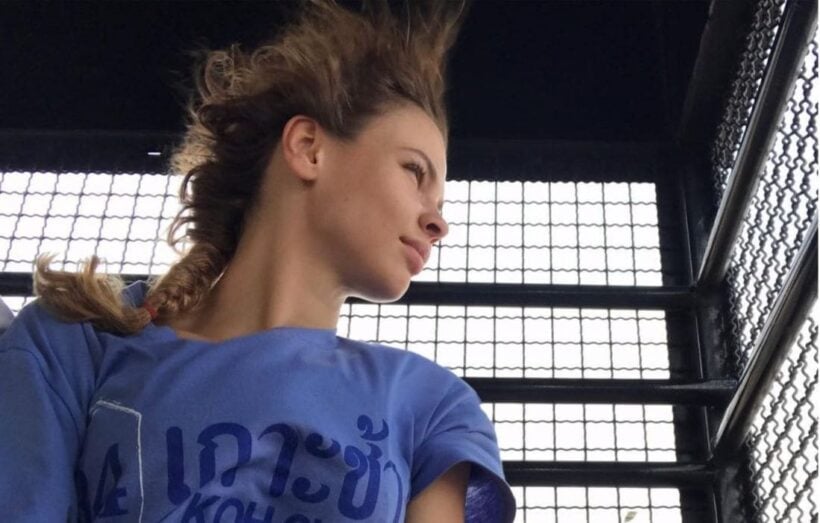 A woman who had claimed to have ‘dirt’ on Russian attempts to meddle with the US Presidential elections in 2016, is now in detention in Moscow.

Anastasia Vashukevich, aka. Nastya Rybka on social media, was deported from Thailand on Thursday after pleading guilty to charges including soliciting prostitution in a court case last Tuesday in Bangkok.

She, and seven others who were also deported over the Pattaya sex-training courses, arrived at Sheremetyevo Airport, Moscow, on Friday morning. Vashukevich was detained on suspicion of enticement into prostitution, according to state news.

“They speak very rudely!” she claimed in a text message.

“They say we must go with them for a couple of days somewhere!”

The deportees were detained by a group of people “in civilian clothes” who did not introduce themselves or say why she was detained, according to Anastasia.

Vashukevich came to world attention last year when, from her cell in Bangkok, publicly called for the US to help free her in exchange for information on alleged ties between the Trump campaign and Russia.

She was deported from Thailand on Thursday after she and seven others pleaded guilty at the start of their trial to charges including soliciting prostitution and “forming and being a member of a secret society” (translated).

The group were each sentenced to 18 months in jail but released to serve the remainder of their sentence on parole.