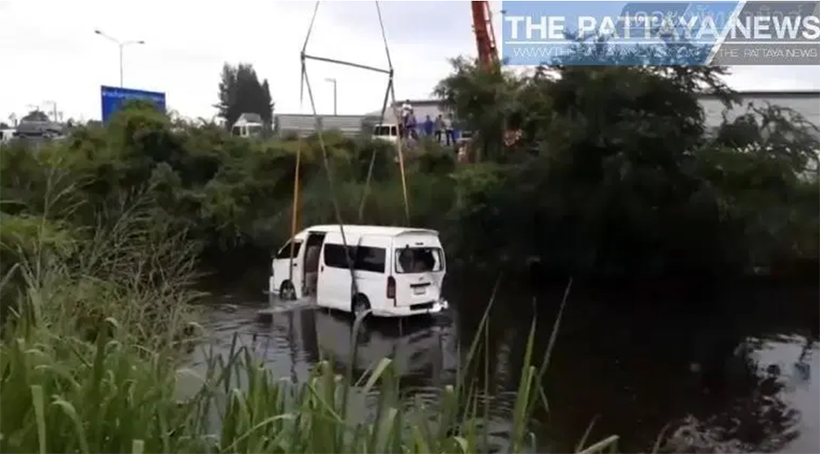 A minivan in Chon Buri’s Mueang district ended up in a pond after being struck by an SUV. Highway police were notified of the accident in the mid-afternoon on Motorway Road in Nong Kangkok subdistrict

Police, emergency responders and reporters arrived at the scene to find a damaged SUV on the road. In a nearby pond they spotted a white minivan. Rescue workers took about an hour to remove the minivan from the pond using a crane truck.

The minivan driver told The Pattaya News that he parked his van on the side of the road during a small rain shower and went for dinner.

He heard a loud noise and soon discovered that his van had been forced off the road by the impact of a collision with an SUV and into the nearby pond. Luckily, no one was in the van at the time of the crash.

The SUV driver, who was also uninjured, told The Pattaya News that there was water on the road and he had lost control of the SUV before colliding with the parked minivan.

This is the second incident in Chon Buri this week in which a driver blamed a slippery road. A previous incident, which stuck a pickup truck under a local overpass went viral on social media. Read more about that incident here. 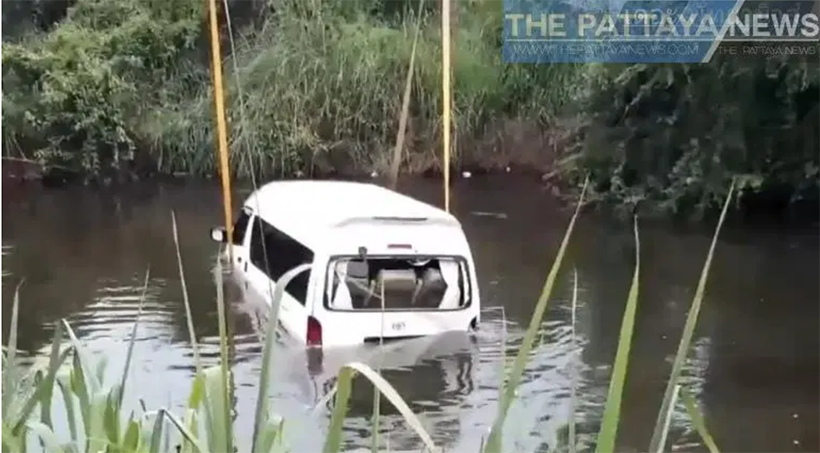 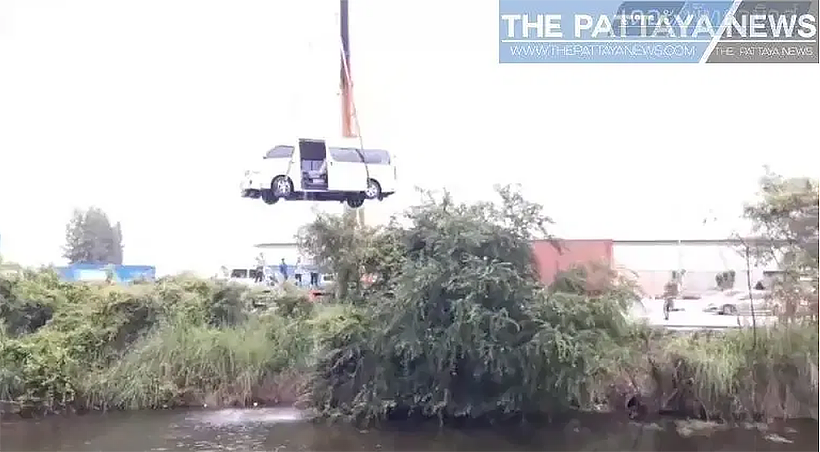