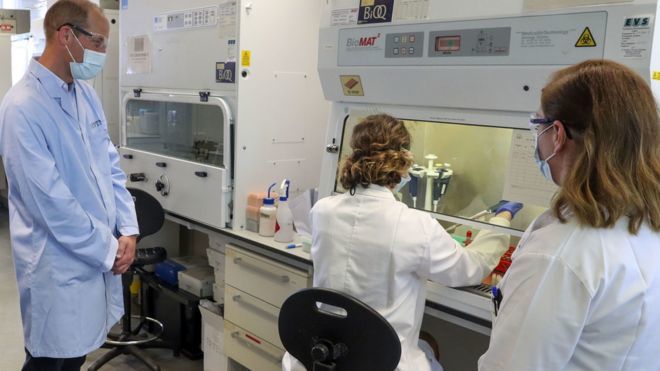 More than 4,000 people are already enrolled on the trial - but that is set to increase. PHOTO: BBC

The UK is joining the race to develop a Covid-19 vaccine with volunteers already getting jabbed as the testing continues. But the new vaccine isn’t merely a weaker version of the actual virus- it ‘clones’ the virus so its receivers don’t actually get infected with Covid-19.

Imperial College London is behind the new vaccine which uses synthetic strands of genetic code, called RNA, to mimic the virus. Once injected, the RNA reportedly “self-amplifies generating copies of itself and tells the body’s own cells to make copies of a spike protein found on the outside of the virus”.

The process apparently will train the immune system to recognise and fight coronavirus without having to develop it.

About 300 people will have the vaccine over the coming weeks, and then another shot 4 weeks later.  Unlike other vaccines, this vaccine requires two doses.

The UK’s Prince William met with volunteers who have received the experimental vaccine, lauding their selfless acts saying it was incredibly exciting and fascinating that they were involved in the new trials. 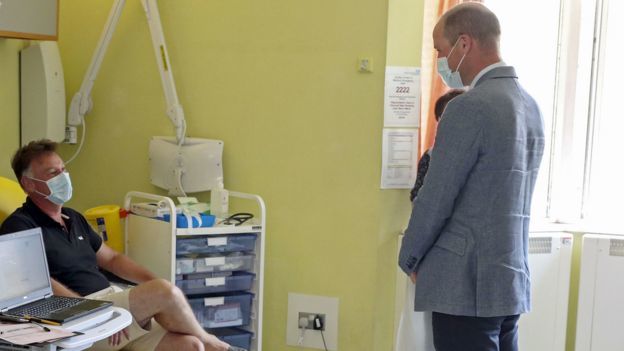 Experts say the new vaccine is capable of going a long way as each dose contains only a tiny amount of the vaccine’s genetic code.  For example, one litre of its synthetic material is enough to produce 2 million doses. The doses are reportedly being produced in the US but will later be switched to the UK for mass-production.

Currently, there are more than 120 Covid-19 vaccines in early development across the world with 13 of them now in clinical trials – 5 in China, 3 in the US, 2 in the UK, 1 in Australia, Germany and Russia, among others.

Imperial College London says they hope the vaccines could be distributed in the UK and worldwide by early 2021.