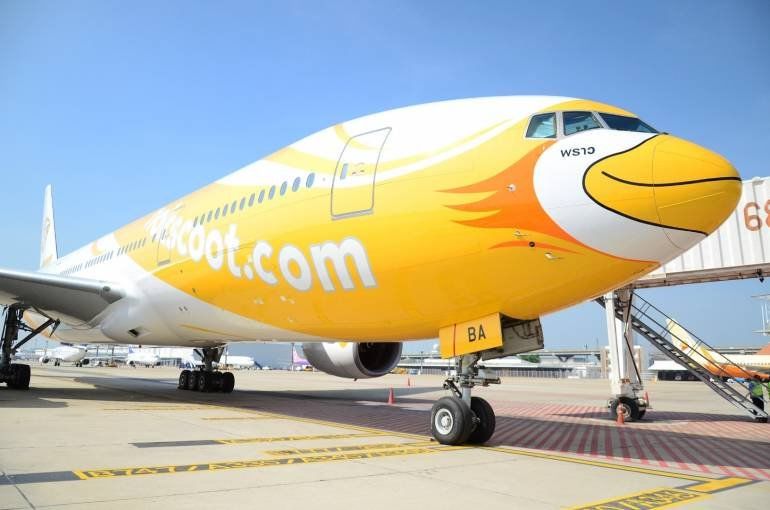 Travel restrictions and flight cancellations across the globe have caused once busy sky traffic to go quiet as airlines are taking a battering from the coronavirus outbreak. Less of the bird-like, yellow beaked planes will be in the air as the popular budget airline NokScoot just announced it’s downsizing their fleet and laying off employees to try and keep the business viable at this disruptive time in the world of international travel.

Due to the pandemic international air services could be hobbled for the next 2 to 3 years and NokScoot says it would be impossible for the business to recover from the situation if it didn’t make drastic changes. The company is now going through the process of downsizing its fleet which will also cut down the number of crew. It had been rumoured in some social media posts that the airline would cease all operations, but NokScoot says that’s not the case, they’re just restructuring.

NokScoot isn’t the only airline hurting. The airline and 7 other Thai-based airlines, mostly budget carriers, are asking the government for 24 billion baht in soft loans. Without the funds, Thai AirAsia says many airlines will simply collapse.

The executive chairman of SET-listed Asia Aviation and the largest shareholder of Thai AirAsia, Tassapon Bijleveld, says that airlines need the soft loans to continue operations. And if NokScoot collapses, Bijleveld said AirAsia X would be unable to take over all of NokScoot’s routes.

“If the government does not approve the soft loans airlines have requested, when Thailand opens to international travellers there may not be enough jets to serve them as many airlines have serious cash flow problems.”