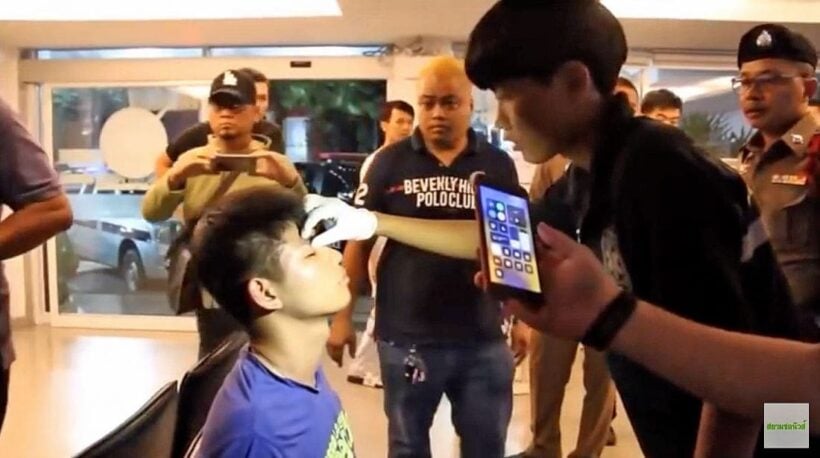 A melee broke out earlier today at the Taboo Club in Pattaya’s Walking Street. It got heated after a bouncer insisted that a Chinese tourist apologise to a bar girl he had ‘rejected’.

Chinese tourists had headed to the bar and were then approached by bar girls. But 25 year old Yang Zhan didn’t appreciate her advances and asked that she not sit down with him.

But the bar girl was persistent, as the story goes, causing Yang to shout at her at the top of his voice, according to Siamchon News. This apparently upset the bar girl who claims she was ‘affronted’.

When it came time to leave a bouncer at the Club insisted that the tourist couldn’t leave until an apology had been made.

Yang declined the request and, well, you know how it goes…

Yang’s ended up with an injury above his right eyebrow and a hole in the rear of his T-shirt. All the participants in the brawl, including the manager of the club, were taken to the local police station.

Police fined everyone involved in the fight, whilst the manager was prosecuted for serving alcohol after hours and remaining open after hours.

The tourists said it was terrible to face such a situation when out for a quiet drink. He said the whole incident was detrimental to tourism.

Such is another night in the World Class Family Tourist Destination.