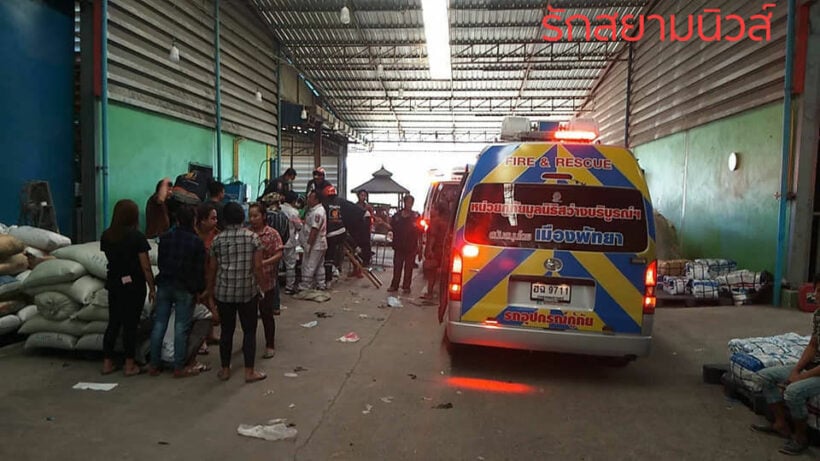 Ruk Siam News report that a 29 year old Burmese worker a plastics recycling factory in Pattaya has been rushed to hospital after getting his right arm stuck in a shredding machine.

Sawang Boriboon Foundation medics headed to the factory in Nong Pla Lai sub-district of Bang Lamung where they found a Burmese worker, Kinsan, with his arm buried into the machine, up to the elbow.

He was placed on a respirator and the medics were able to carefully remove his badly damaged arm. It was almost detached from the rest of his arm. He was rushed to the Bang Lamung Hospital.

Workers say that Kinsan had been working at a plastic shredding machine and got his arm stuck. He was already unconscious when the Foundation rescuers arrived. 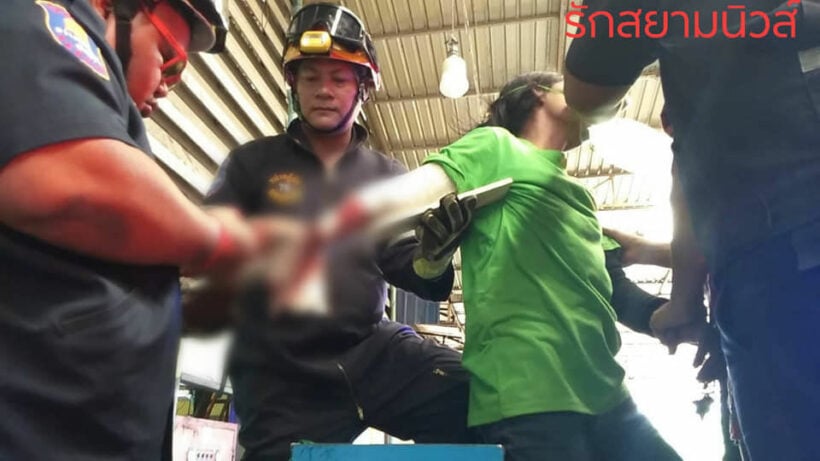