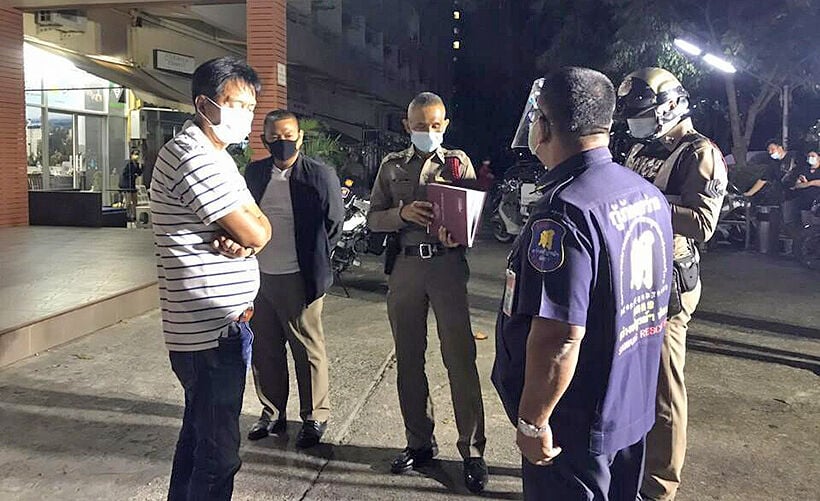 A 58 year old Australian man has died after falling from the 8th floor of a condominium in Pattaya last night. It happened around 10pm on Thappraya Road in Nongprue. The name of the condo has not been announced.

Police and rescue workers arrived to find the condo residents gathered around the area where the man fell.

The body of the Australian citizen, whose name has been withheld at this stage, was found on the ground at the base of the condo after allegedly falling from the balcony on the 8th floor of the building.

A 34 year old Laos citizen was waiting to assist police with their enquiries over the incident. He told police that he was the victim’s partner.

The police report said that both men had been drinking alcohol since earlier in the day and that “the victim was heavily intoxicated”. The two engaged in an argument which allegedly became “heated”.

The man’s partner told police that the Australian went onto the balcony and allegedly “threatened to jump”. The man then climbed onto the railing of the balcony. This had happened before, according to police.

The Lao man claims that he attempted to stop the victim from jumping but that the Australian man fell to the ground and was later pronounced dead. Police detained the Australian’s partner for additional questioning.

The body of the victim was taken to a local Pattaya hospital for a post mortem. Police will notify the Australian Ambassador and the man’s family.