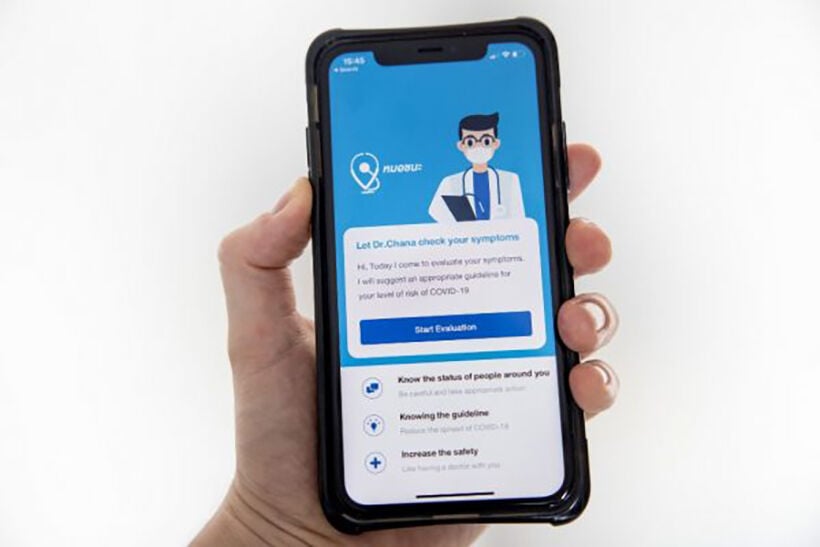 The Digital Economy and Society Minister Buddhipongse Punnakanta says the Mor Chana has be “designed specifically” to protect the user’s data. As an example, it will only display a computer code instead of the user’s name. The Minister says it will only track the movements of each individual and not make their personal information public.

He admitted that the Public Health Ministry’s Department of Disease Control will have access to the data but added that the purpose of the app is to raise an alarm if users enter a high-risk area.

The Mor Chana is different from the older Thai Chana app. It can be uploaded from the Google Play Store and the Apple App Store.

He said, that if everyone in a restaurant or crowded areas use the app… “they will know immediately if a high-risk person has been in the area over the past 14 days”.

“The app will help shop operators protect themselves by marking customers safe.”

He explained that the photo of the user, which can be uploaded from your phone library or taken specifically for the app after downloading, is only required for ID when travelling between provinces.

The Mor Chana app is an option for people with smartphones using wi-fi data. The Minister explained that people who don’t have a smartphone, but entering a ‘risky’ area, is advised to record their movements so any agency can access the information if they need to as part of the contact tracing of new infections.

The app is in both Thai and English.