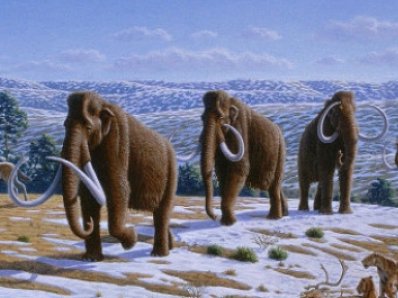 PHUKET: The truth is out there. Beasts, monsters and ghouls are lurking in the depths of rivers, skulking in remote wilds and hanging out in town centers in England this week. It’s been a week of strange sightings. We’ll let you decide if they’re hoaxes or the real deal.

Iceland has its own Loch Ness Monster

IS IT A bird? Is it a plane? Is it Superman? No, stop looking up, it’s in the water silly… and it’s a great big snake-like-looking-kind-of-thing.

The video clip appears to show a snake-like thing winding its way down the Jokulsa river in Fljotsdal valley last week.

The video was posted online by Icelandic broadcaster RUV.

While it may not enjoy the same high-profile as Scotland’s Loch Ness Monster, the once wee mythical worm holds a dear place in Icelandic hearts. As far back as 1345 there is mention of the worm in their folklore.

The Telegraph reported that according to legend, a small heather worm was placed on a gold ring so that the precious metal would grow. But instead of the worm bringing good fortune to its owner, and making the gold ring grow larger; the worm grew larger.

Some people believe the “sighting” was nothing more than a fishing net winding through the river. See what you think. Click here for the video.

‘Woolly mammoth’ or ‘bear with a fish in its mouth’ in Siberia?

A VIDEO of a hairy elephant-like beast wading slowly across a river in Siberia has gone viral on the internet this week.

It was filmed by a government-employed Russian engineer who was deep in the wilds of the Chukotka Autonomous Okrug region of Siberia last summer.

The video appears to show a “woolly mammoth” resembling the ones that roamed the Earth 10,000 years ago. The last of the animals are believed to have died about 3,500 years ago.

There has been no confirmation from any reliable source that this video is authentic. A lot of people posting online are saying: “What mammoth?… It’s a bear with a fish in its mouth.”.

Judge for yourself here.

A GUNMAN on the loose made quite a stir in Surrey, England, this week.

Police responded to reports of a man “running around with a gun” in Woking town center, with alarmed members of the public fleeing the scene.

But when police eventually caught up the with the suspects they found a band of merry “zombie” characters in possession of a toy pistol, video cameras and bruised egos.

The teenage students were making a zombie film as part of a class project and had failed to notify authorities of their plans to film in the town center.

There were no reported injuries to humans or zombies in Woking on the day in question.