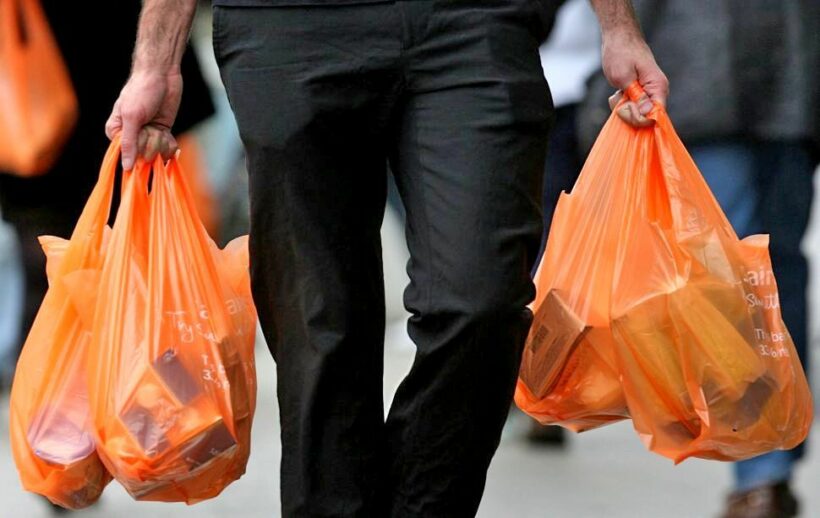 Some timid but long overdue steps are now being taken towards reducing Thailand’s plastic waste. Baby steps to start with but there is no doubt that the issue has now entered the Thai national psyche. In reaction, so far, Thai businesses have, for the most part, made only cursory PR efforts at tackling the bigger problem but, again, it’s a start.

Take, for example, a large Thai shopping centre chain proudly announcing that it will ‘ask’ customers once a month if they really want a plastic bag for their shopping. Useless. Meanwhile the plastic bags continue to walk out of their shops by the millions every month (including on the ONE day) and end up as single-use plastic bags filling up the limited land-fills or swishing around the surrounding seas. Their ‘alternative’ is to sell expensive canvas bags to shoppers, for 200-400 baht.

The government meanwhile is dithering with the issue of plastic waste, with no concrete laws or solutions that will have any long-term impact. Even with the clear and present danger of air pollution in many regions, including the capital, there has been finger-pointing and head-shaking but no useful campaigns or changes of laws that will have a useful or sustainable affect on improving Thailand’s air quality.

But how do you change a generation’s mindset? How do you stop a million people a day buying coffee and drinks in a plastic cup, with a plastic lid, inside a plastic carry bag, and a plastic straw?

Around the world, research shows that fear or shock tactics, or strategies based on shame, guilt and negative wording, are generally ineffective and can even end up having the reverse effect.

“Say NO” and fear campaigns are only effective provided that the target audience is already taking positive steps toward the desired behavioural change. In Thailand that is a long way from the current situation.

Campaigns not only need to explain the issue, but also provide straightforward advice on what do to about it. Saying ‘NO’ does nothing to empower people with the reasons to change and the alternatives available. There is a litany of failed ‘Say No’ campaigns for issues as diverse as illicit drugs, smoking, pain killers and plastic bags around the world.

Take for example the “Hey Tosser!”, run by the New South Wales Environment Protection Authority in Australia back in 2015. The campaign was based on naming and shaming, mostly ineffective in a western culture and doomed to failure in a culture like Thailand where saving ‘face’ is paramount.

Encouraging the public to shame “tossers” (a play on words in Australia where ‘tosser’ is a derogatory nickname as well as a description of what they are doing with their garbage), creates an unhelpful stereotype that doesn’t actually exist – people don’t see themselves as the problem.

Author and social behaviour change expert Les Robinson suggests that rather than try to scare or shame people into changing habits, it’s more useful to create a positive buzz around the change – create new behaviours that are easy to adopt and sustain, foster supportive activities, groups and alternatives that change habits, inform and entertain.

So if we want to tackle littering and reduce plastic bag use we should make people feel that they are part of an inclusive movement that is supported by their peers, community and government. And it has to be relevant to their lives.

Is it sustainable? Is it do-able? Is there an affordable alternative? If not, then telling people NOT to do something (like using less plastic bags) is a waste of time and simply alienates them from the cause.

The CP group (the owners of Thailand’s 7-Eleven chain) say they have the (rather optimistic) plan of getting rid of plastic bag use within ten years.

The campaign has been supported by Artiwara “Toon” Kongmalai, the lead singer of Bodyslam and marathon runner, who ran from Thailand’s south to north in a massive fund-raiser last year. Massively popular in Thailand as a role model, singer, celebrity and runner, Toon has been a big part of raising the consciousness of this campaign within the Thai community. But the plastic bags politely refused by willing customers are still a tiny fraction of Thailand’s total plastic bag problem. 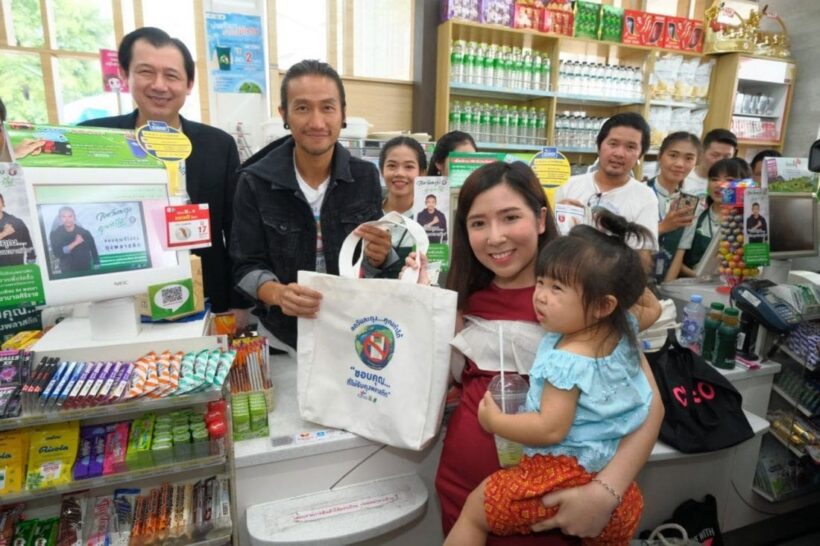 Tesco Lotus, too, jumped on the feel-good PR bandwagon and announced it would replace handing out plastic bags, for one day in November last year. Just one day with no plans or announcements to address the chain’s ongoing contribution to Thailand’s plastic bag problem.

Thailand’s plastic bag problem, a big problem indeed, needs solutions from the top, down. At this time those messages aren’t coming from the top but from the ground up – a fragmented group of individuals and well-meaning associations that are riding a wave of concern for the issue and, in many cases, pushing their own cause.