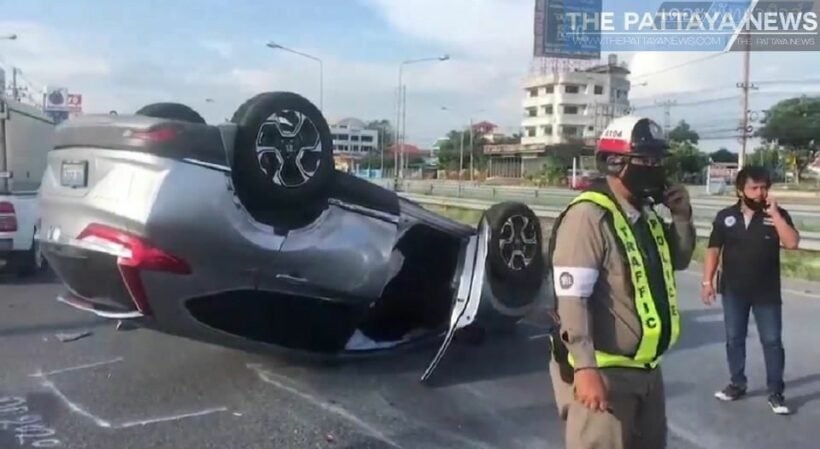 A woman whose vehicle ploughed into the back of another, causing it to flip upside down, says her vision was obscured by a garbage bag landing on her windscreen. 35 year old Supaphon Puttaraksa says she panicked and lost control of her car, crashing into another vehicle travelling in front of her.

That car was being driven by 55 year old Nidarat Sukkasirikan, who also had her child with her. She says she, too, lost control of her vehicle, causing it to flip over and land on its roof. Both she and her child escaped with only minor injuries.

The Pattaya News reports that local police and rescue workers arrived on the scene shortly afterwards. It is not known if any charges will be brought as a result of the accident.