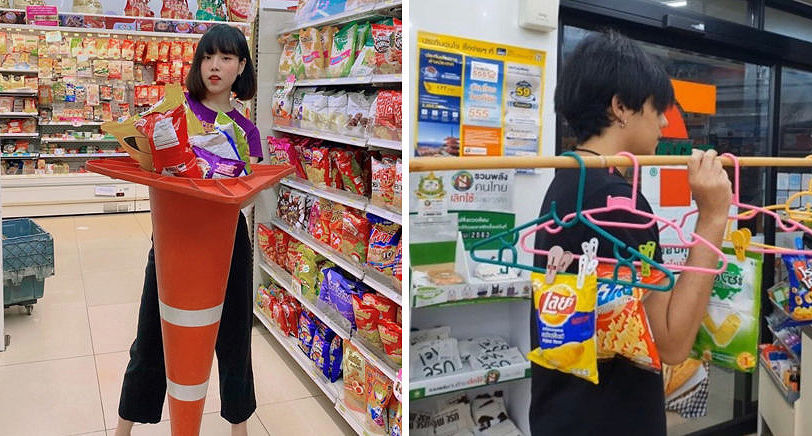 PHOTO: Thais get used to the plastic bag ban, but the plastics industry is crying foul - Flipboard

There may be less plastic bags being handed out around Thailand, and that’s a good thing. But there’s been a down side – the failure of an entire industry and the people it employees. Now the Thai Labour Minister is being asked to step in and help the dozens of Thai plastic bag manufacturers which are at risk of closing their businesses

The Thai government banned the handing out of single-use plastics on January 1. Many customers of Thailand’s largest retail companies, including Central Group shopping centres, 7-11 and Family Mart, are having to adapt to changing long-term habits and a reliance on plastic bags.

Somchai Techapanichgul, the president of the Thai Plastic Industries), told the Labour Minister MR Chatu Mongol Sonakul that almost 500 plastics manufacturers only “expect to stay in this industry until April” if the government refuses to step in.

“Our workers are now living with a dim and uncertain work prospects. We may need to shut down our businesses, which employ about 7,000 workers.”

Mr Somchai claims the government reneged on an agreement to phase out single-use plastic bags by 2020But he says the industry broadly supports the government’s attempt to reduce plastic waste.

“We need enough time to readjust our production lines.”

But the managing director of the plastic bag producer Pack and Save says the government should have asked consumers to decide whether they want to use plastic bag.

“If they want one, they will have to fork out extra money.”

He also said the government should promote the use of thicker and more durable bags, and plastic bags that can be used more than once. The production an of plastic bags, thicker than 40 microns, are currently allowed by the Pollution Control Department and not covered in the ban.

The association estimates that the ban on single-use plastic bags has already cost the industry 24.3 billion baht. The ban also put 6,030 workers in the industry at risk of losing their jobs.