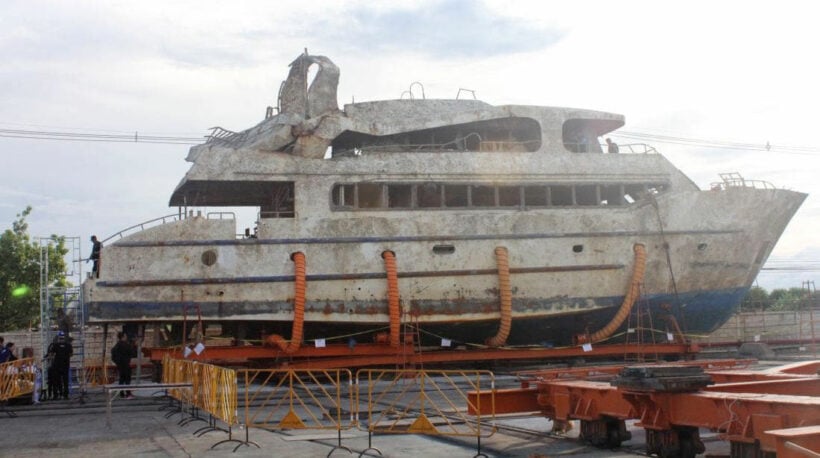 The Phoenix is going up for auction today. The auction is being held by Thailand’s AMLO (Anti Money Laundering Office) as the investigation is now complete and the vessel is no longer needed for evidence. Interested bidders have been able to inspect the vessel as it sits at the Rattanachai Shipyard in Phuket.

The Phoenix is the boat that sank last July in a sudden storm that hit the area south of Phuket. The boat capsized and sank. The Captain and crew were some of the first people to get into the life rafts. Many Chinese passengers were stuck downstairs and drowned when the boat sank to the bottom of the Andaman Sea.

But, with a starting price of 900,000 baht, it may sound like a steal if you’re wanting a second hand tour boat which, new, would have cost millions of baht to build.

You would hope that the simple business process of today’s auction will start with some mention of the 47 souls that succumbed to the poor design, poor duty of care and poor application of marine laws and inspections that caused the boat to sink in the first place.

But we suspect that nothing of that sad tale will even be mentioned. Just 10 months following the incident, today’s auction is far too soon. But the boatyard is likely charging ongoing hard-stand fees and that would be the main driver to get rid of the boat.

Let’s remember the AMLO are auctioning a boat not fit for purpose. The design of the vessel has already been partially responsible for the death of 47 Chinese tourists whose only mistake was to trust Thai authorities and the boat’s operators that Phoenix was seaworthy and safe to take them on a day tour.

“This boat only has one watertight door. It should have four watertight doors. Glass should be a marine glass grade. In this boat passengers couldn’t break the glass to escape. Also, a converted truck engine had been used instead of proper marine-grade engine.”

“Cement blocks were used to help balance the boat and keep it upright. Experts analysis has matched the actual vessel with the original plans and design of the boat.” 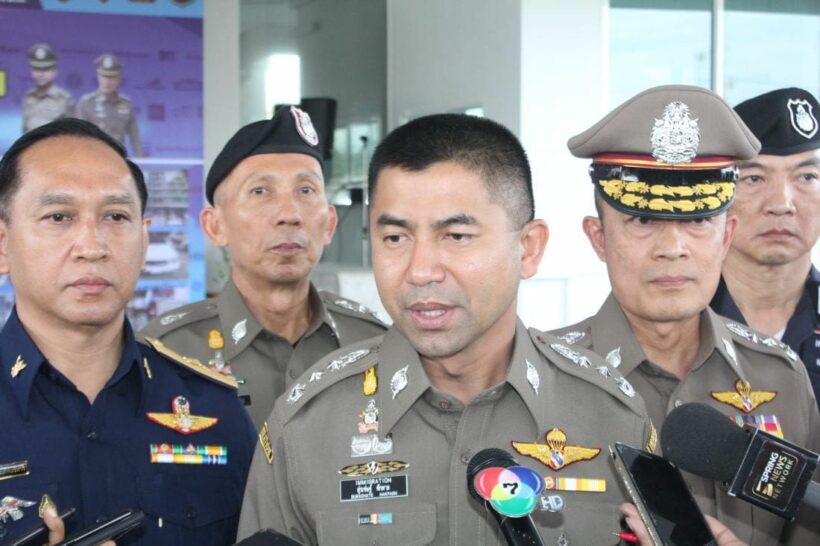 Whatever the buyer of the second hand tour boat thinks they’re buying there will have to be fundamental changes to parts of the design and engineering of the vessel to make it capable of carrying paying passengers ever again.

In the original myth, the phoenix was a bird that lived for 500 years before it built its own funeral pyre, burst into flame, and died, consumed in its own fiery inferno. Soon after, the mythical creature rose out of the ashes, in a transformation from death to life. This story of becoming ‘born again’ predates the story of the well-worn phrase “phoenix rising from the ashes”.

And here it is, about to rise again, most likely picked up by another tour boat company in the region, re-sprayed, re-named (usually considered bad luck for a boat) and pressed into service again as a money-making venture.

The new owners will need to disguise the boat’s tragic history well as very few Asian customers would ever step foot on a boat with so many unhappy ghosts inhabiting it.

The auction is far too soon and doesn’t accompany any recognition of the tragedy or the destructions of lives and families that must never be forgotten. 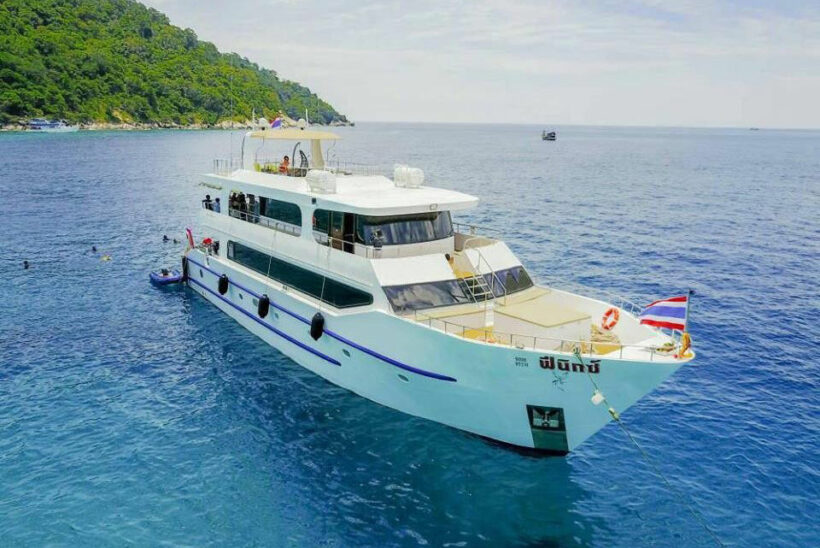 Phoenix in happier days as a Chinese tour boat work-horse