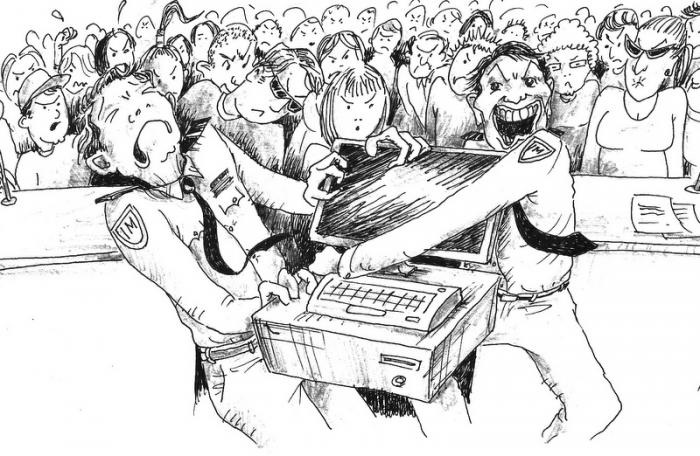 PHUKET: Confusion among passengers following the recent opening of the International Terminal at Phuket Airport demonstrates a disappointing lack of readiness on the part of Airports of Thailand (AoT), Phuket Immigration and other related agencies.

While it would have been naive to expect that such major changes to airport operations could come off without a hitch, the lack of manpower and basic equipment, including even computers, comes as a major embarrassment for Phuket – especially coming as it did after all the pomp, circumstance, fanfare and expense associated with the elaborate opening ceremony on September 16.

We also question the suitability of the date chosen for the official opening. September 16 marked the ninth anniversary of the crash of One-Two-GO Airlines Flight 269, which had a final death toll of 90 passengers and crew.

Having chosen the September 16 date anyway, more should have been done to remember those who lost their lives in the crash, and to encourage all operational staff to dwell on the causes of it to help prevent a recurrence. It will be interesting to see what kind of memorial will be organized when the tenth anniversary arrives a year from now.

As passengers are the lifeblood of any airport, it is essential that they be well-informed in advance of any major changes. However, the English-language section of the passenger guide pages of the official Phuket International Airport website makes no reference to the opening of the new terminal, or how that event would affect departures or arrivals.

This led to confusion among many passengers, including those who had transited there several times in the past. And some took to social media just to confirm which terminal they should use for checking in for a flight from here to Bangkok with a connection to an international flight from there.

It is also remarkable that the new terminal opened with inadequate computer and internet facilities, given that the AoT had years and a multi-billion baht budget to get everything ready.

Hopefully the AoT, Immigration and other agencies can all work together now to reduce further damage to Phuket’s image by getting the new terminal running smoothly and efficiently quickly. Surely its customers expect no less.

Ministry of Farang Affairs: Showing off your work ID