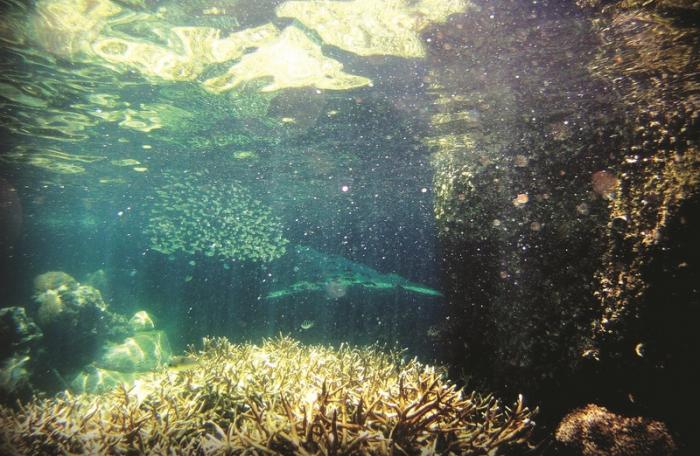 PHUKET: The world’s two most powerful countries, the United States and China, have just formally agreed to ratify the Paris climate change agreement. This landmark commitment, sealed last December after two weeks of intense negotiations, needs to be ratified by 55 countries, representing 55 per cent of global emissions, in order for it to come into effect. According to a Xinhua report, ratifying the agreement would “further advance China’s green, low-carbon development and safeguard environmental security”.

Not easy to fulfill. Under the terms of the Paris agreement, China, the worlds’ leading pollutant, would need to cut carbon emissions by 60-65 per cent per unit of GDP (gross domestic product) by 2030, and boost its use of non-fossil fuels so that they account for at least 20 per cent of its energy consumption.

The agreement is vital for the world’s most-at-risk nations. Significantly, small island states were the first 14 countries to ratify the agreement. Thus the Maldives, like Phuket, profoundly affected by global warming and pollution, and which has suffered from the bleaching of much of its coral, was one of the first signatories. Coral reefs are a key attraction for visitors to the Maldives and one of the key drivers of the local economy. The government had already expressed fear that people will stop coming if the reefs are in danger. Phuket must consistently adopt the same stance.

Australia, more powerful and more ecologically aware than Thailand, possesses the Great Barrier Reef, the largest colony of coral in the world. But even there, global events such as abnormally warm ocean temperatures are beyond its control. There have been three mass bleachings on the Australian reef – all since 1998. Things have been, to some extent, exacerbated in this part of the globe by El Nino, a pulse of warm water flowing around the Pacific Ocean. A national aerial survey had, by April, covered 991 individual reefs along the 2,300-km structure. Only 68 had escaped bleaching entirely and more than half had experienced severe damage. Divers are now in the process of confirming the findings.

If powerful nations such as Australia, the United States and China can do little in the short term to contain global climate change, then we in Phuket should be doing more to control things where we can. Thankfully, some key initiatives have been started in relation to the precious marine environment. On Koh Phi Phi, local officials have linked up with tour and dive operators to rope off a coral zone (Hat Nopparat Thara – Mu Koh) with 1.6km of rope and 800 floats. The aim is to block all boats – especially speedboats, the worst offenders – from entering environmentally important areas where reefs, as well as swimmers, are crying out for protection. In addition, several islands overrun with tourist-laden boats, have been closed entirely – notably Koh Yoong and Koh Ta Chai.

There are still major concerns. These steps should have been taken years ago. And protection orders should be applied to all coral reefs, both those hugging Phuket’s shoreline and those fringing the other islands in the Andaman Sea. These irreplaceable treasures are facing two enemies: rising sea temperatures and the calamitous impact of mass tourism and development. Once gone, these colonies will be lost forever. Maybe, just maybe, the tourists will go too.

CoolSculpting: What is it and why is it so popular in Thailand?

Law, Life and Society: Understanding the Thai concept of dowry