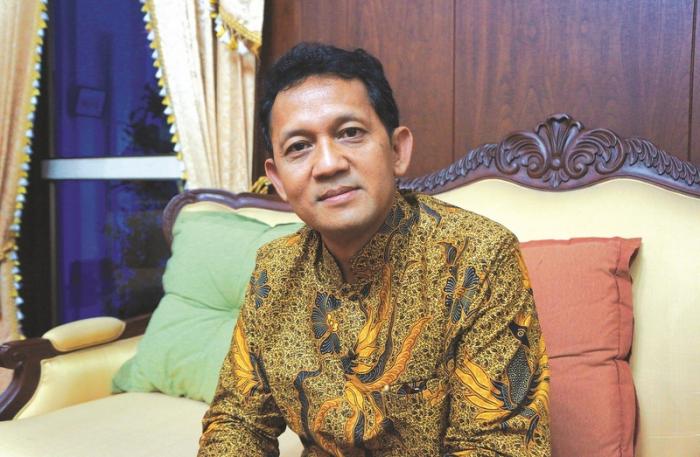 PHUKET: Governor Chamroen Tipayapongtada assumed his role as Phuket Governor on September 30, 2015. He is a Phuket native with a Master’s degree in political and administrative science from the National Institute of Development Administration. Last month, he was awarded the honor of ‘best drug fighting governor’ by the Deputy Prime Minister.

Here, he talks about his plans to improve Phuket within the next five years.

No one can put a stop to, or change the course of, development. Phuket has been developing at a very rapid pace. It is imperative that we learn to adapt to these changes and keep pace with them.

Development is, of course, a positive thing. However, it may bring with it some negative aspects as well. Some of these include over-population, traffic congestion and an increase in the incidence of crime, drug consumption and accidents, among others. So far, I have been doing my best to get rid of and prevent such vices from taking root in our society.

I am very happy with the beach management campaigns so far. After reclaiming these beaches to their natural state, the next important thing is developing infrastructure for land, sea and air.

As far as development of land-based infrastructure is concerned, there are many ongoing projects in Phuket. We are working hard to finish the Samkong Underpass by August, while Chalong and Bang Ku are on the way as well.

As far as development of marine-based infrastructure is concerned, one of the main developments is the Phuket Yacht Control Center and the project for expansion of Phuket’s deep sea port is also underway.

The biggest improvement of air transport in Phuket is the new airport, which will be officially opened in September this year.

Another important item on our agenda is improving the landscape and city cleanliness. We are cooperating with local authorities and working on putting electricity wires underground. The project started with Patong and Phuket City. In some areas, it is already complete, while in others, we are making rapid progress.

The Ministry of Natural Resources and Environment has approved a 15-million-baht budget for wastewater management. We will study all the wastewater systems and rearrange the whole system of waste management in Phuket. There will be no more brown water flowing into the sea.

We are also working on trash management by assigning one vice governor to take care of each district, especially the trash on the island’s main roads.

Another project is the ‘Smart City’ for which we have a budget of about 368 million baht. By the end of the year, Phuket will have 1,000 free WiFi spots in Patong and Phuket Town. We will also install more CCTV cameras, especially in areas where there isn’t any coverage at present.

Reducing the number of accidents in Phuket is another one of our main concerns. We are fixing many of the unsafe roads and making structural changes to prevent future accidents. The Safer Road Foundation has helped us with several projects. We built a 2.8-million-baht roundabout at the Narisorn-Surin intersection for this purpose. Before the construction of the roundabout, there were 50 deaths there in the last 10 years. However, there hasn’t been a single accident there since.

Next year, we will push all ports in Phuket to install CCTVs and mandate every tourist to show their passport before getting on a boat.

As far as boosting the economy is concerned, Pracharat Rak Samakee aims to increase the income of local people. It promotes local products such as pineapples, lobster, batik and goat milk, and enhances community tourism.

I cannot take sole credit for any achievement, as it is due to the combined efforts of every single officer and Phuket citizen. I expect these projects to gradually and slowly improve Phuket and make it an ideal place to live within the next five years.

Opinion: All aboard the light rail gravy train

Island View: A little help is all I asked for