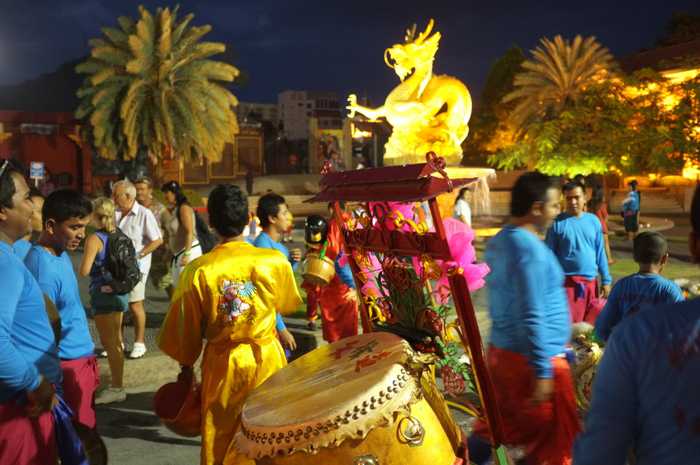 PHUKET: As a Phuket local who was born and raised here, and who has seen many things change over the years, I’ve started to wonder about the reasoning behind a few new places that have popped up – and why so much money was spent on them.

Granted, when the park first opened, a couple of live concert shows were put on there. But that was it. Now, there are aerobic classes in the evenings for people to take part in, but Suan Luang Park is still the main place where islanders to go exercise – and it’s not that far away from Queen Sirikit Park.

The same thing has happened to the area around the Gold Sea Dragon, which was built several years
after the park opened. Besides the once-a-year Old Town Phuket Festival, which goes on for three days, and a few other small events, the place is mostly just a good parking spot.

Unfortunately, the area has also become a stomping ground for the used plastic bags of glue-huffers.

It’s hard to deny that this is a good spot for questionable groups of people who hang around at night, an area which can become dangerous.

Most of the time, I find myself driving past these places without a second thought. I never have any reason to stop there – day or night.

A huge amount of money from the local budget was used to fund these projects. It would be nice
if those places were actually improving the everyday lives of locals.

There was never any clear explanation from local government or authorities about the intended benefits of either of the places, which might have helped islanders use the areas more efficiently and more often.

I am just one of the many who want to see this island improve in an appropriate way. I wonder: Why can’t these two places be turned into a community marketplace where people could rent a low-price spot to sell their products? This would make Phuket Town more interesting and lively, and it would attract more tourists to the area.

Any plan to transform these locations into places that would have positive benefits for the
community would be a vast improvement on what they are being used for now. This would also better justify the large amount of money that was spent on building them.