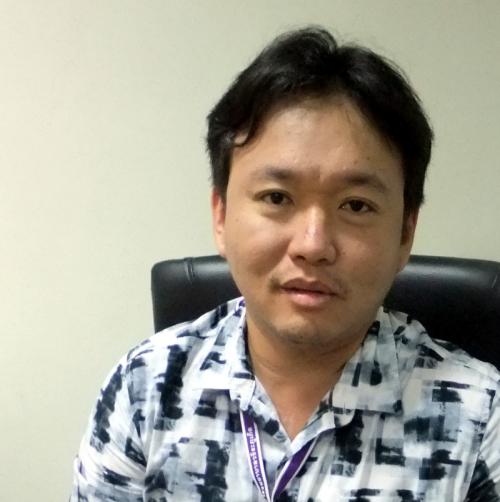 Psychiatric Social Worker Dr Ruangsit Netnuanyai, 36, is a Phuket native who has been working at Vachira Phuket Hospital for 13 years. He is the head of the drug-treatment program at Vachira and also does research on drug treatment for young addicts. Here, he talks about drug addiction in Phuket and calls for a new drug-treatment center and drug education in schools.

PHUKET: The Education Ministry launching its nationwide drug-free schools campaign in Phuket this week is welcome news (story here), but I don’t see anything new about this policy.

If the government really wants this to work, they should focus on the negative aspects of schools sending students to rehab too. If students want to go, they would sign themselves up to go in the first place. I am not sure if “forcing” them to go is such a good idea.

Although the names of schools and students will be kept confidential, it is likely that this kind of information may leak out. Hospitals, which in this case I presume to be Vachira Phuket Hospital, and the Public Health Office are public places, which presents another problem.

Drug addiction among young people in Phuket is a growing problem. The most popular drug in Phuket is ya bah (methamphetamine). It’s not hard to find and it’s not expensive.

The government is willing to budget money for law enforcement, so there’s money for officers to arrest drug addicts, but not enough for treatment or prevention.

What we need in Phuket is government support for a dedicated drug-treatment facility and drug education in schools.

Right now drug treatment is available at Thalang Hospital and here at Vachira Hospital, but the facilities are seriously inadequate.

The center here at Vachira is the biggest one, but it is basically just my office.

We are so small that a lot of people don’t even know the services are available, and some people don’t want to come here because they associate hospitals with disease and ill health.

The worst thing is that we can’t offer our patients privacy. When we teach classes to recovering addicts, we have to do it in a general waiting room. Some people who need rehabilitation don’t participate because they’re ashamed to be seen and identified as drug users.

We need a separate, private facility like the ones in Surat Thani and Songkhla. It should be easy to get to and people should feel comfortable going there.

The other thing we need in Phuket is drug education in schools, not by teachers, but by trained specialists. I proposed this idea to the municipality six months ago, but they didn’t support it. I think it’s so important that I’m preparing to propose it again.

My rehabilitation program has a good success rate – about 60 per cent of our patients don’t use drugs again. But the best thing is to teach children not to use drugs in the first place. We should fix the problem at the starting point, not at the end point.

Drug addiction is a problem with all sorts of ramifications. Addicts have higher suicide rates. Many crimes are drug-related. Tourism generates a lot of money for Phuket, and crime can hurt the island’s reputation. So drugs have ramifications for tourism too.

In my program, we treat people who voluntarily want to stop using drugs and also people brought to us by the probation office. The prison has its own drug-treatment program.

I can’t give you the exact number of patients in our records, but there are many thousands. Most of them fall into two age ranges: 14-19 and 20-35.

The younger ones usually get into drugs because they’re curious, think it will be fun or want to do what their friends are doing.

Older, working addicts tend to use drugs to keep up with the demands of their jobs. Truck drivers use methamphetamines to stay awake. Burmese workers use them so they can work long hours.

More of our addicts are men than women. The women are usually nightclub or bar workers.

Most of the people we treat are not Phuket natives, but come from other provinces and other countries.

I expect that once Thailand joins the AEC, we will see a lot more foreigners coming to Phuket because there are so many well-paying jobs here, and the number of drug addicts will go up.

To protect Phuket’s tourism image and to improve the well-being of the people who live here, we really need funding for a drug-treatment center and drug education.

Anyone interested in more information can contact me directly at 076-361324 ext 1266 and ask to talk with Dr Lheng.