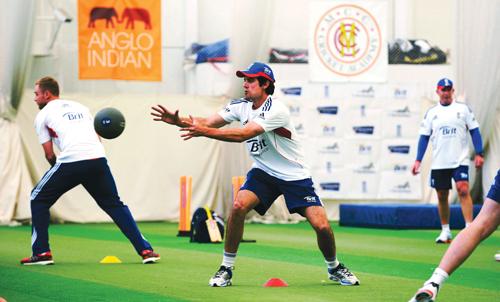 PHUKET: After the high drama of England’s final test match in New Zealand, which ended with Monty Panesar nervously blocking the final five balls to avoid defeat and the dreaded ignominy of a series loss, the first game before the return Test matches against the Lions (effectively England’s second eleven), ended in a drab draw. Rain, as usual, was the culprit.

Yet it held off long enough to confirm the outstanding form of two players: Rutherford in making 126 at the top of the visitor’s order,and thus carrying on from where he left off ‘down under’, and an even more impressive 179 from Lions captain Joe Root.

Indeed, twenty-two-year-old Root with a current aggregate of 646 runs for the season, has a chance to reach an elusive milestone – 1000 runs by the end of May – a target not achieved since 1975. Ashley Giles, the one day team manager advises caution: ” We still need to be guarded as to how much we build the lad up. He’s only played a few Tests. But so far, so good.” Some understatement.

For other players, the omens were less propitious. The heavy hitting Brendon McCullum, surely the best striker of a cricket ball after Chris Gayle, scored only one, but he, Kane Williamson and Luteru Taylor – showing some intimations of a return to form with 35 – will surely form the backbone of the New Zealand batting .

The tourist’s bowling generally lacked real penetration, apart from the persevering swing of Trent Boult who took 3 for 86, but the signs for the English players were more
encouraging.

Toby Roland-Jones, a fast-medium bowler, returned figures of 4-56. That will have done his chances of future elevation no harm at all. Two forgotten men performed well: Michael Carberry, overlooked for several years, scored 77, and Graham Onions, whose role in New Zealand was reduced to that of onlooker, bowled a steady 15 overs for 46 runs and two wickets. Ravi Bopara’s inclusion in the one-day side after so many missed opportunities, has been much criticized in the national press, but in this context he showed uncharacteristic resolve in scoring 42 not out.

Monty Panesar’s partner in that last ditch stand in New Zealand was Matt Prior. Now widely regarded as the best wicket-keeper batsman in world cricket, he has been recently named English Player of the Year. Unsurprising after a tour in which he scored six half-centuries and made a series saving hundred.

Prior has been at pains to emphasize the significance of the New Zealand series, saying that it is certainly not a warm-up for the Ashes series which follows. He is right. The only blot on the Australian cricketing landscape within living memory was the Packer poaching era. Both before and emphatically since, Australia has produced great players and ruthlessly successful teams.

England, shorn of Kevin Pietersen, will need to be at their considerable best to repel both these Southern Hemisphere invaders.The war has started at Lords*.