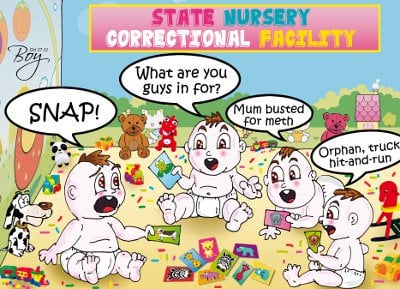 PHUKET: This week’s news story of the healthy newborn girl being abandoned by her mother at Thalang Hospital raised again the bleak specter of what the future holds for such children.

One comment in the Phuket Gazette online forum rightly pointed out that with most adults on the island focusing on boosting tourism numbers and generating income through any and all means possible, many of our little ones are not even being thought of, unless used to sell flowers or trinkets to tourists.

The social pressures on young women going through with an unintentional pregnancy are phenomenal. Often unable to return to the family home while still with child, and with the father nowhere to be found, these women are burdened with the responsibility of finding the money and the time to raise a child alone.

This is a far too common scenario on Phuket. Most Thais on the island have come to Phuket to work, far from home. If they find work in the hotels or other components of the tourism industry, they can enjoy income generally higher than elsewhere in the country.

But when the money stops, the financial pressure becomes immense. So much so that more and more women, many of them mothers, are turning to drug dealing to make enough money to make ends meet and still be at home to care for their child.

For those mothers, it’s worth the risk of being caught. If they land in jail, then at least their children will receive some level of care from the state. How dire must a mother’s situation be that she considers running the risk of her child ending up in a Thai juvenile care and protection facility?

Some mothers may think this is an option, but those who actually work with such state-run care programs are much more apprehensive about such a course of action. Last year, after more than 20 babies were abandoned between October 2010 and September 2011, officials voiced their “deep concern” for what they called the “bleak future” of these infants.

Among their concerns was the lack of any identification for the child or the mother. The director of the Phuket Shelter for Children and Families pointed that the inability to provide any documentation to prove the identity of the child likely meant the baby would remain “stateless”. In this country, that means no immediate rights to education, healthcare or other essential life services.

What any long-term resident in Phuket, expat or Thai, knows only too well is that when it comes to solving local problems, we’re on our own. The central government is quite vocal in announcing developments related to tourism, but blatantly silent on matters that affect the quality of life in Phuket.

Surely, we should be able to expect a little better.