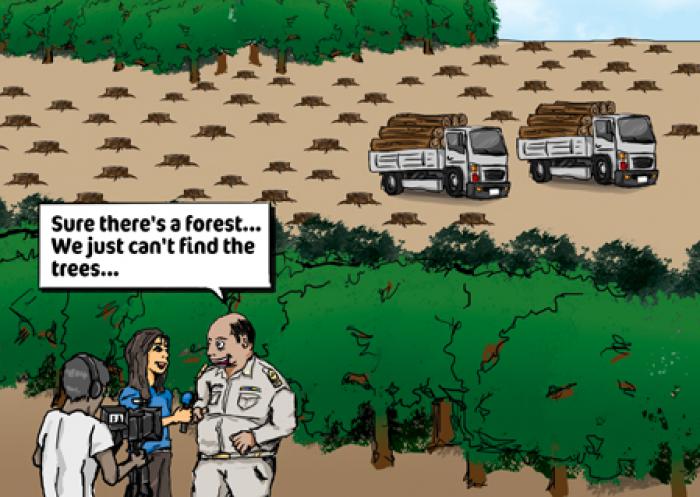 PHUKET: The recent minor fining of five men who confessed to the illegal felling of protected forest reserves on the island highlights the need for an overhaul of the antiquated Forest Act BE 2484 (1941), the terms of which are sadly out of date in this day and age of substantial monoculture, dwindling biodiversity and ever-increasing human overpopulation.

Loud but highly ambiguous calls for “reform” have been much trumpeted recently by parties who currently find themselves without a place to sit in the cyclical game of musical chairs known as Thai politics.

It is easy to focus on this merry-go-round of power and influence while completely overlooking the big picture: what is left of Thailand’s natural environment is increasingly under attack by that most pernicious mite of all – humankind.

The sad reality is that there have been nine successful coups – and almost as many failed ones – since the Forest Act of 1941 was promulgated. To say that the world has changed since that time, when forests were seen as a resource to be plundered and the first nuclear bombs had yet to fall, is an understatement.

Yet here in 2014, the provisions of the Forest Act of 1941 remain in effect, a living testament to the collective incompetence of our leaders dating back generations. In most cases revision is years, if not decades, overdue.

Imposing fines on those who break the law is a fairly common practice in criminal justice systems across the globe, despite the fact that it is fundamentally less equitable than imprisonment. Those with deep pockets can afford to break the law, viewing the expenditure as little more than another cost of doing business. We have reported on such cases time and time again in numerous industries including the sale of counterfeit goods, failure to abide by pollution control laws, intentionally breaching safety codes in the marine transport industry and so on.

Meanwhile, our prisons are now used predominantly to warehouse people convicted on drug-related crimes, an estimated 75 per cent of inmates, according to the Department of Corrections.

We need to ask who is really the bigger threat to society: a drug user or someone who organizes gangs to attack protected virgin forest?

Those who commit serious crimes against our environment must be severely punished. Acts of law, and the ministerial regulations that support them, need to be updated at regular intervals. It is high time lawmakers spent more time actually working on legislation and less time yelling and screaming at one another, organizing protests and finding ever more clever ways to line their own pockets.

Helping youngsters to get back on the right track

Phuket Opinion: Casting aside modern conveniences for an island dream