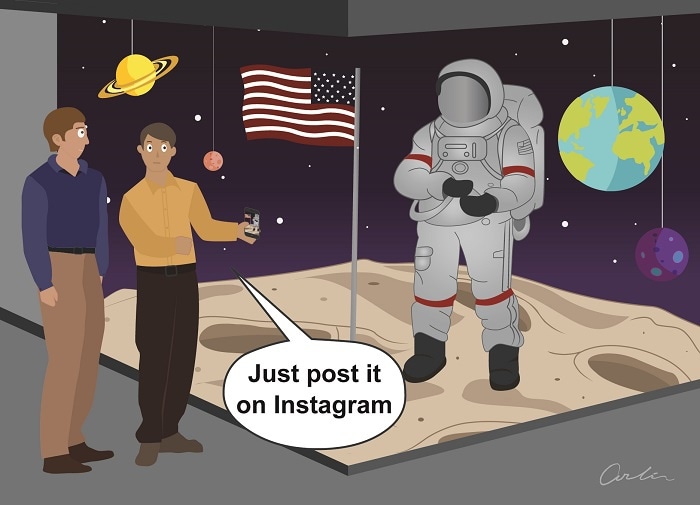 PHUKET: Facebook, Twitter, Instagram, LINE and an assortment of other social media platforms and blogs have transformed the way news is managed worldwide, enabling news outlets to be more in tune with their readership, while also allowing them to offload their ethics and other responsibilities toward their communities.

Social media tip-offs have become a foundation for community news, ranging from the public outrage of seeing Rihanna with a slow loris in Phuket to boats being busted for allegedly dumping oil off Phi Phi Don.

The platforms allow the community to help focus news agencies on what is most important and most interesting to the community at large. They also help identify what is ‘news’. Nails found in the biking lanes at Saphin Hin (story here) and pebbles scattered in the local Phuket Town skate park (story here) can become news stories through social media momentum. If enough people in the community care, it will end up on an editor’s desk.

These platforms provide easy, direct links to the teams of editors and reporters creating and publishing community news. A simple piece of evidence, such as a picture or video captured on a mobile device – which are now as common as opinions about beach chairs in Phuket – is all it takes to spark a fire for change on the island.

However, social media can also cut deeply in a more negative way.

The pattern is familiar and the pitfalls dangerous: a single photograph or video goes viral locally, generating a buzz within our readership, and a story is produced. The story follows a pattern similar to that used by news giants like CNN and BBC: “Public outrage is mounting this evening after a video went viral on Facebook…”

The pitfall is that the news item is in fact nothing more than public reaction to something, allowing media agencies to avoid verifying the validity of the catalyst. That verification process is what makes quality news expensive to groom for presentation. However, it is also the value added by a media company to a story. Access to officials, and the ability to elicit responses from those in different levels of power, are the quid pro quo of any responsible purveyor of news

As CNN noted earlier this year: “Intentionally or not, the latest round of misleading stories making viral waves has made it harder to tell truth from fiction.” There are untold numbers of keyboard warriors creating bait-and-click scenarios to drive traffic to their websites, some doing it as a game to see how far they can string along the media – and the world.

The fact that Phuket officials had to step in just a few years ago to put down rumors on social media that the island – yes, Phuket – was about to pull an Atlantis and sink into the Andaman is difficult to digest.

As Gazette columnist Simon Wetherell points out each week in our ‘Business Buzz’, social media can be very easy to manipulate, allowing people with ulterior motives to work the public in a way that forces the hands of local media.

As we navigate this new world of media as readers, it becomes more and more necessary to draw lines between those sources we trust because they refuse to shrug off their ethical duties, and those that are simply cashing in on headlines more cunning than truthful.