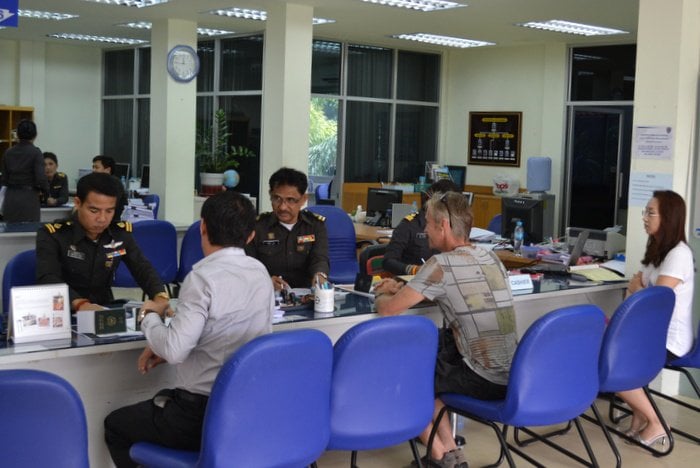 PHUKET: There is one annual Phuket event that I do not look forward to: my marriage visa extension application at the Phuket Immigration Office.

I have read all the complaints and accusations levelled at Phuket’s Immigration officers, but, at the time I applied for my extension, there were well over 100 foreigners acting like headless chickens packed into that little office, with only three officers available to deal with it all, and no volunteers on duty.

You would have to be extraordinarily cold-hearted not to feel just a wee bit sorry for those underpaid, overwhelmed officers.

Despite the general air of mayhem and the need for the officers to check even more paperwork than ever before, my application was accepted for approval relatively quickly.

A month later, I returned to the office as requested. “Come back next week,” said the officer.

And so began an almost Kafka-esque series of visits; returning each week to hear the officer’s mantra of “Come back next week” all the way up to and beyond the Songkran holidays.

Almost two months after my original application, an expat volunteer explained what was causing the delay. A new system requires that all marriage visa extensions go to Haad Yai for processing, and business visas go to Bangkok. Only retirement visas are dealt with by the Phuket office.

Moving the processing to Haad Yai may have reduced the backroom workload, but it has created additional work for both the applicants and the few Phuket officers available to staff the front desks.

As some central government departments seem to have gotten the message about Phuket’s growing importance to the nation’s financial health, I can only hope that Immigration headquarters in Bangkok will also realize that this isn’t some rinky-dinky backwater place anymore, and give Phuket the manpower and facilities it needs to do the job properly.

In Phuket, my application had been handled as efficiently as the resources available would allow. It was after it left the island that things began to drag. Once it came back to Phuket, my passport was back in my hands, stamped and approved, in a flash.

And not once did anyone ask me for tea money.

“That’s it?” I asked the officer, a little bemused that my two-month ordeal was so abruptly at an end.

It took me all of three seconds to realize he was joking, and another two seconds to wai my goodbyes and get the heck out of there.