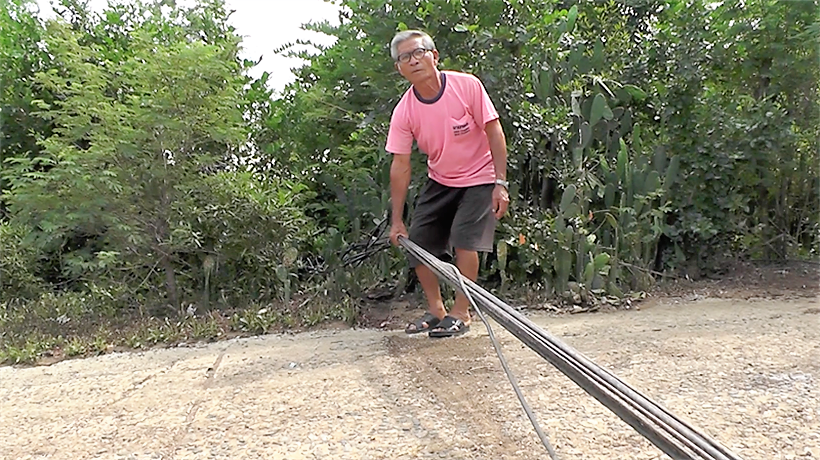 Frustrated residents in the village of Pong Kham Fak, in the central province of Phetchabun, are demanding answers to stray power cables invading their homes, roads and farming areas. It’s understood that the problem has been ongoing since November, when 500 metres of cable was installed by a private company operating on behalf of the Provincial Electricity Authority.

Now angry villagers complain that they were not consulted and are demanding an explanation why cables and wires are strewn across roofs, public roads and even the entrances to some homes. Khaosod English reports that the issue came to prominence when one villager complained about the cables on his farmland. Officials responded by removing the cables from his land but instead left them lying on public ground. 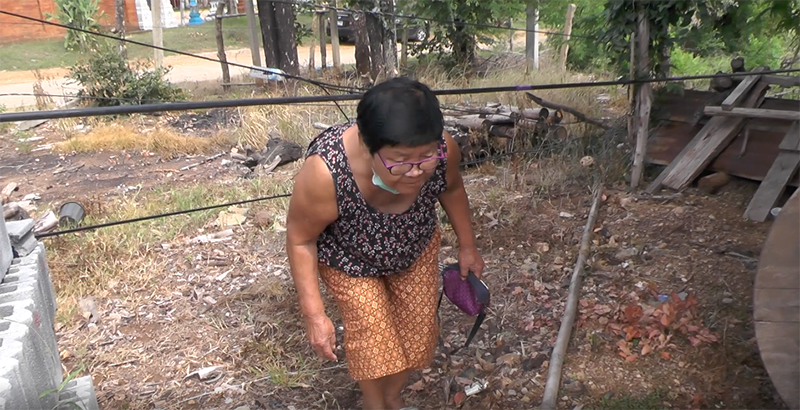 Assistant village headman Sakmontri Kaew-aonkwa says they had expected the PEA to contact the private contractor but it appears nothing was done.

“They didn’t bother to install up in the air. The reason they gave was that the wires belong to a private company, so the company should be responsible.”

Another resident, 73 year old Charoen Kosachan, is concerned about the danger posed by so many lying along the ground

“I’m afraid that the wires will hurt me, or I will accidentally damage them and get prosecuted.”

While Bangkok officials have pledged to move all the capital’s telecommunication cable underground by 2021, the rest of Thailand is renowned for its exposed and often dangerous cables. In January two foreign tourists were hospitalised after being knocked off their motorbike by a low-hanging cable in Kanchanaburi, western Thailand.