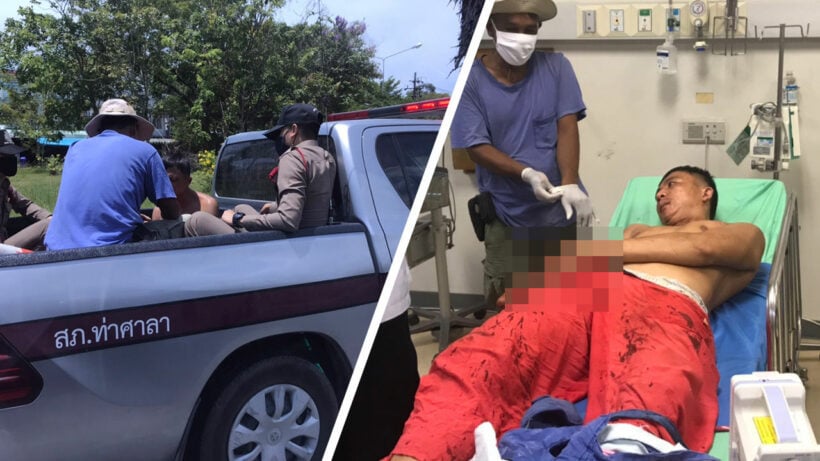 A father was stabbed 9 times by his son yesterday in the southern province of Nakhon Si Thammarat. The Bangkok Post reports the 25 year old son was high on drugs and acting erratic. His 53 year old father tried to calm him down, but the son took out a knife and stabbed his father multiple times.

The father, a staff member of the local Tha Khuen tambon administration, was seriously injured and taken to a nearby hospital. The son is now facing an attempted murder charge. A day before the stabbing, the son was a patient at a drug treatment centre where he often had to be restrained due to his behaviour.

The father said he “was saddened every time he went to the centre and saw his son in torment”. He decided to bring his son back to the home on Tuesday.