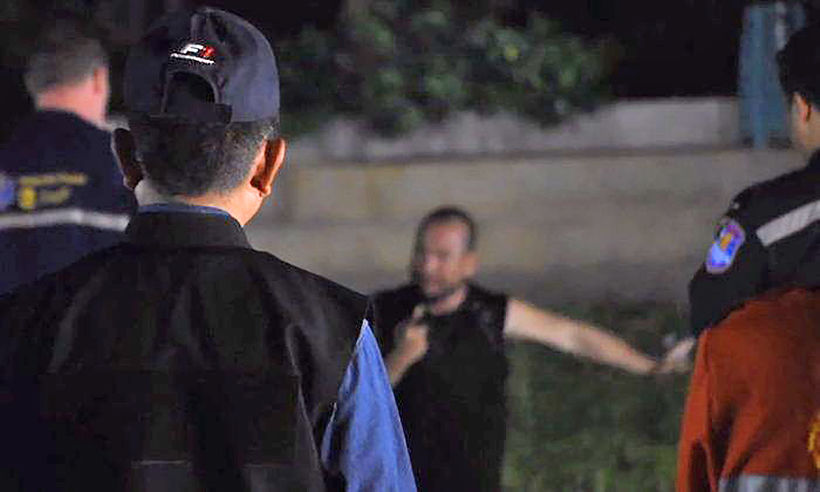 A foreigner, previously covered in the media last week after driving his Ferrari into the rear of a female’s car, and then attacking her, is back in the headlines with another case, again in Khon Kaen, north-east Thailand.

According to Sanook, ‘Wesly’ held a knife to his own throat for over 7 hours, but police officers finally persuaded him to put down the knife after he became tired.

Previously, on September 23, the foreigner drove into the back of a car in Khon Kaen. Police reported that he “seemed drunk or under the influence of something” when he got out of the car. He started beating the woman driver while telling her that he is the richest person in Khon Kaen.

“This is to warn others of the dangerous man named Wesly. I parked my car and was chatting to my friend about some problems. This man parked behind my car, at first I didn’t think anything of it as he was playing loud music.”

“Then when I was about to leave he drove straight into my car from behind. He got out of his car and started yelling at us, then he started attacking us. Thankfully employees of a restaurant nearby came running to help us.”

“While waiting almost an hour for the police the man kept on yelling and trying to beat us again. I tried to take a long video, but he threw my phone on the ground. He drives an orange Ferrari registered in Khon Kaen.”

After police intervened, the man’s family ended up paying 18,000 baht to the woman.

In the latest case the Ban Ped Police were notified of a foreign man holding a knife to his own throat in front of Kum Hai Church of Christ in Ban Ped Sub-district, Muang Khon Kaen. When police arrived, the people in the area reported that he had been holding the knife for at least 3 hours.

The police and a local rescue team were on site patiently trying to calm him down. Finally, four hours later, the man started to feel tired. Officers took the opportunity to run in and take the knife away from him. The rescue team escorted him to Sikarin Hospital for further medical care and assessment. 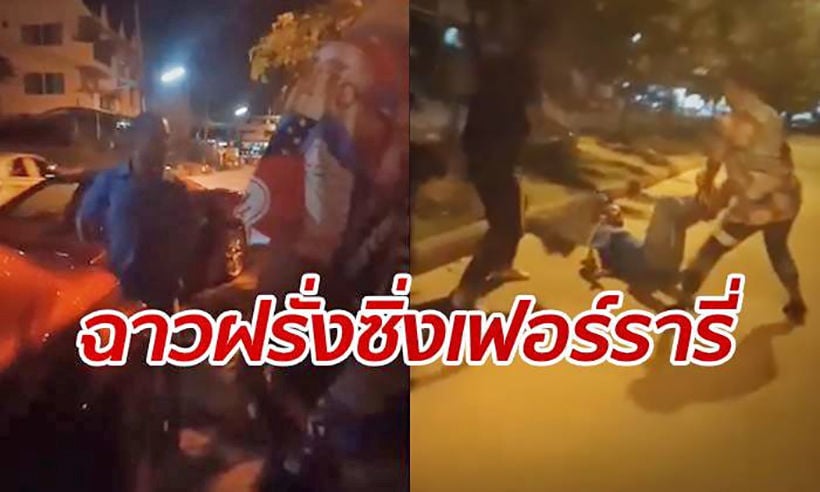 Many parts of Ubon Ratchathani remain under water