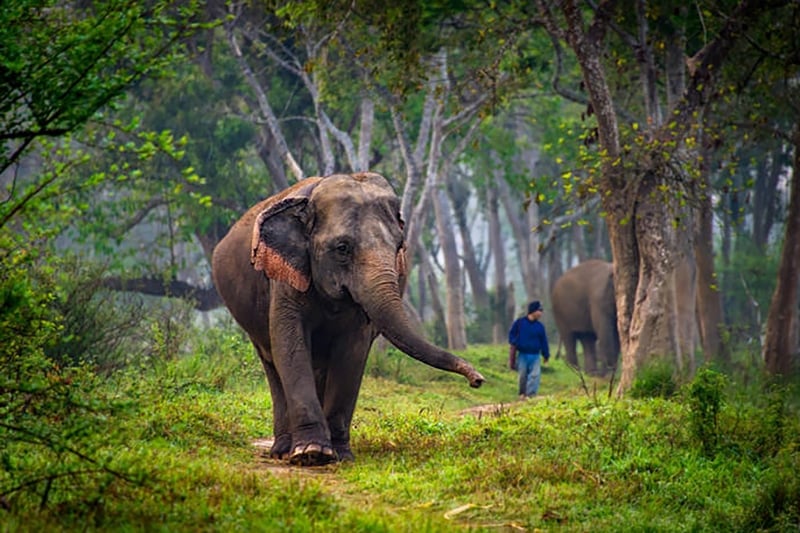 Canadian-based World Animal Protection has released details of their plan to sign a MoU that will “remove all physical interaction between tourists and elephants” at the Chiang Mai elephant camp.

The Happy Elephant Care Valley is about to launch into a landmark agreement that will transform it into a “truly elephant-friendly” tourist attraction.

Today, they are staunch supporters of the campaign to end elephant rides. Members of the coalition include TUI Group, The Travel Corporation, Intrepid Group, G Adventures, EXO Travel and Thomas Cook Group.

Elephant camps in Thailand that have around 3,500 elephants under their care are being encouraged to adopt a new business model that does not include rides on the back of elephants for commercial benefit.

Experts say the sustainable business model starts by charging visitors a fee to observe elephants. Most elephant parks charge for just the ride then allow free ‘hanging around’ and observing elephants in their stables or waiting areas.

Tour companies claim that WAP are forcing these changes onto other countries and other cultures in a way that makes them feel better, but does not benefit the elephants or the people who have been running elephant tour businesses for decades.

In its latest assessment the charity claims thousands of captive elephants, at venues across Thailand, are still used for rides. They also claim the proud animals are submissive only because of a cruel regimen that starts with the young calves and continues into adulthood.

A 2017 KANTAR global poll showed 44% of respondents still believe riding elephants is okay. However, that was a decline of 9% when compared with a previous survey three years earlier when 53% said riding elephants was acceptable.

The poll also shows that more than 80% of tourists would prefer to see elephants in their natural environment, proving elephant-friendly tourism is on the rise.

The elephants at Happy Elephant Care Valley were previously from farms and riding camps. Until recently it was possible for close interaction between tourists and the elephants at the venue, with tourists being able to ride (bare-back), bathe and feed elephants. This is a similar experience to some elephant camps in Phuket and Phang Nga which have set up sanctuaries for elephants – not allowing rides but providing opportunities for close interaction between paying tourists and the elephants.

The Chiang Mai Happy Elephant Care Valley owners have now agreed to end the practice after the travel industry coalition presented a business case demonstrating the rise of elephant-friendly tourism.

The transition will see the elephants eventually enjoying an environment that allows them to behave as they would in the wild; free to roam the valley, graze and bathe in rivers as tourists standing at a safe distance but able to enjoy the natural experience. But without any direct contact with humans.