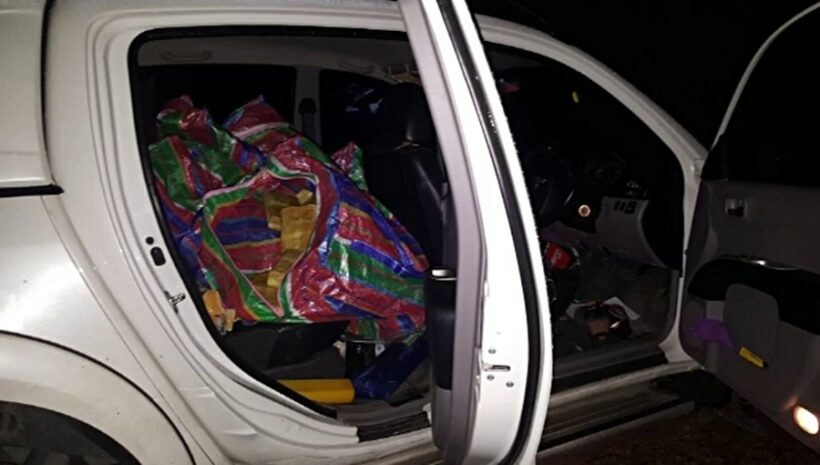 Police have intercepted an enormous shipment of almost one million methamphetamine tablets with a street value of 48 million baht from a pick-up truck in Songkhla.

Police say they were acting on a tipoff. They headed to Tambon Jataen to wait for a pickup truck they were told would be delivering the illicit cargo to southern provinces.

A pickup up with Narathiwat number plates was seen to be driving out of a local rubber plantation, heading south. Police gave chase and both vehicles were travelling quite fast when the driver and passenger jumped out of the pickup and headed for the bushes along the side of the road.

Police have seized 954,000 methamphetamine pills from behind the front seats of the pickup. The two drug couriers are still at large. 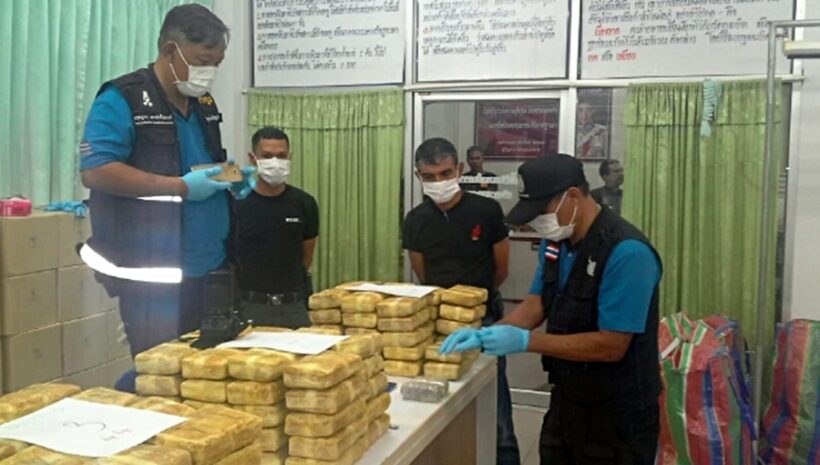