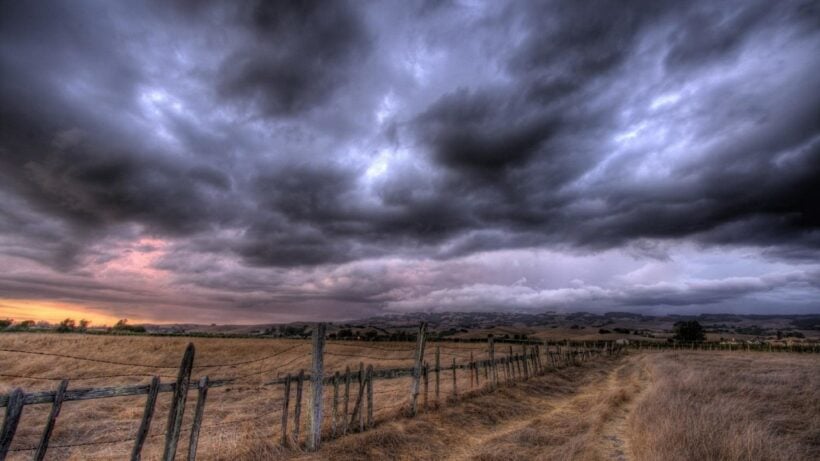 Songkran is the time to farewell the hot season and welcome in the forthcoming wet season but the actual weather is wasting no time getting in on the celebrations.

The Thai Meteorological Department is warning people in the Central and Northern parts of the country to brace for another round of summer storms from April 15-18.

In an announcement yesterday the TMD Weatherman said that the Northeast and the East would be hit by thunderstorms, strong winds and lightning with hail storm in certain parts on April 15 followed by the northern and central regions, including Bangkok, which would face the turbulent weather on the following day.

According to the TMD  a cold front from China will blanket the upper regions of the country and the South China Sea as Thailand is experiencing hot weather.

And in the Eastern regions, Nakhon Nayok, Prachin Buri, Sa Kaeo, Chanthaburi and Trat have bad weather on the way.

In Phuket we are expecting a few clouds and moderate easterly winds with a possibility of an isolated storm later in the days. For Songkran day tomorrow, clear and hot weather predicted and mostly clear weather throughout the long weekend.