A woman has been seriously injured in Rayong, eastern Thailand, after her English husband allegedly threw her from the balcony of their 8th floor condo yesterday afternoon.

Thai Residents report that the 56 year old woman, named only as Sukunda, landed on a patio on the 7th floor of the building in the Ban Chang district. Officers from the local police station arrived to find her covered in blood and screaming in pain as she described to them how her husband, named only as ‘Dave’, had thrown her from their balcony on the floor above.

Officers from Rayong Immigration Police were also in attendance, accompanied by officials from the Crime Suppression Division and members of a local foundation rescue team, who rushed the victim to Ban Chang Hospital.

Investigating officers were told that the woman’s husband, aged 46, had been seen kneeling on his balcony, his palms pressed together in prayer, following the incident and refused to let anyone enter the property. 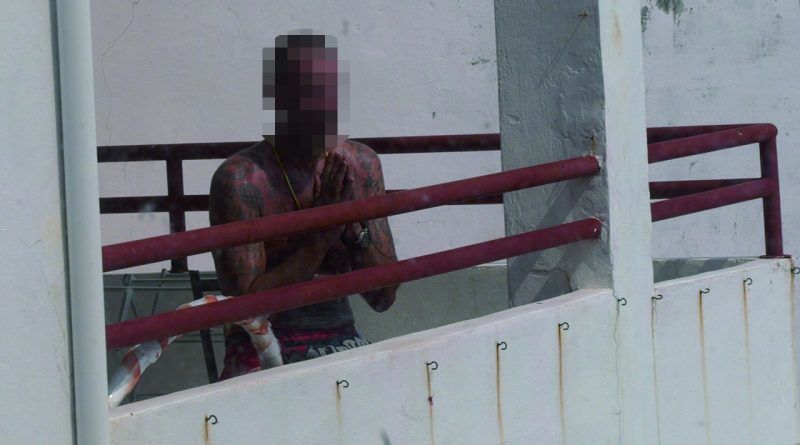 Police eventually managed to contact a friend of his who arrived at the scene. After more than two hours of negotiation, officials were able to gain entry to the property at 4.30pm when Dave opened the door. He told officers that being unable to return to the UK as a result of the Covid-19 lockdown had put a strain on his marriage and claimed his wife had fallen from the balcony during an argument.

The police are planning to interview Sukanda once she has recovered sufficiently. She has been left with serious injuries, including hip fractures and a broken arm, as a result of the incident.