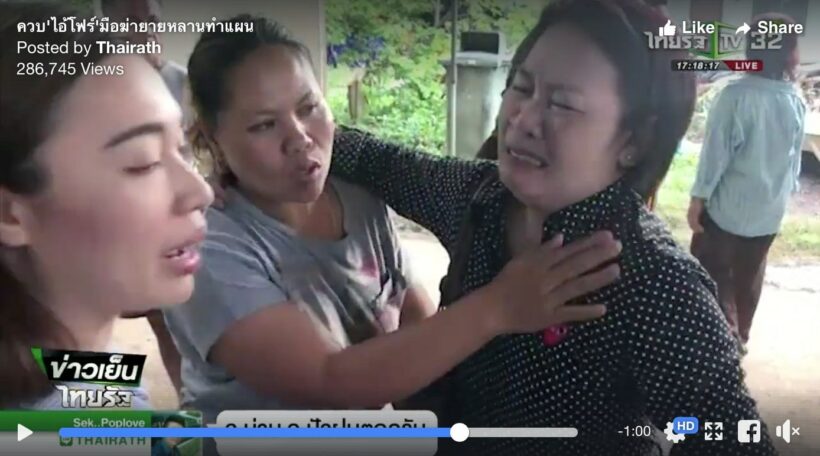 Re-enactments, where a person, who has admitted their guilt, is taken to the scene of the crime to re-enact it, often in public view, is a common practice in Thai police investigations.

Video footage on the Thai Rath Facebook page shows the moments when a top policeman’s son was taken on one of these re-enactments, this time for a horrific crime that took place in Phetchabun province in central Thailand.

He broke into the house in Nong Khawai in the early hours of July 25 after arriving on a motorcycle that he’d borrowed. He claims that he thought the house was empty at the time. The occupants woke up, he murdered the young boy first with a knife. He then stabbed his grandmother 40 times, all for a mobile phone and a piece of gold jewelry.

Posted by Thairath on Wednesday, August 1, 2018

NCPO ‘damaged the image of the country’ – Future Forward party