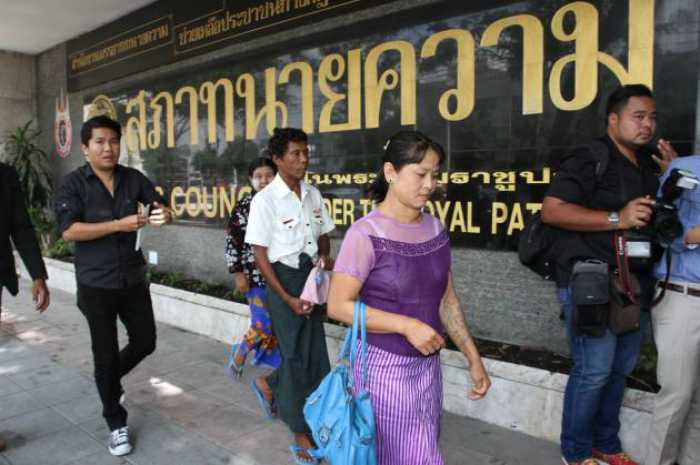 PHUKET: Police will today make arrangements for a Koh Tao village headman’s 22-year-old son to undergo DNA tests to either confirm or clear lingering doubts that he may have had a hand in the killing of the two British tourists on the island last month.

Police spokesman Prawut Thavornsiri said yesterday that once the DNA test is complete, National Police chief General Somyot Poompanmoung, British Ambas-sador Mark Kent as well as representatives from the Institute of Forensic Medicine, would hold a press conference on the case.

Police have arrested two Myanmar workers for the crimes, citing DNA matches and their confession. However, the workers are calling for help saying they were forced into confessing to crimes they did not commit.

Speculation on social-media, meanwhile, has been pointing the finger at 22-year-old university student Warot Tuwichien. He is the son of Woraphan Tuwichien, the village head of Moo 1 of Tambon Koh Tao and the owner of a bar on the island.

“I am ready to have my son undergo the DNA test to prove his innocence. It’s also for the sake of the nation,” Woraphan said yesterday. Both Myanmar and British embassies have now stepped in to look into the case as it involves citizens from their countries.

Britain has also dispatched members of its police force to Thailand to work on the case.

Prime Minister Prayuth Chan-ocha said yesterday that the British team was satisfied with the investigation on the Thai side. “It’s better than the team had expected,” Prayut said.

In a related development, the Myanmar ambassador to Thailand escorted the parents of the two Myanmar suspects to the Lawyers’ Council of Thailand yesterday, where the parents officially asked for help.

At the meeting, the council’s president Dej-Udom Krairit promised that he would lead a panel on the case himself.

“We are waiting to see the police investigation report. Then, we will plan how to fight the charges,” he explained.

The suspects’ parents plan to remain in the Kingdom until the case is cleared.

The National Human Rights Commission, meanwhile, has summoned the police to answer allegations that they tortured the two Myanmar suspects into confessing. Police are scheduled to answer to the commission’s summons on Monday.

Indian terror fugitive entered Thailand on Sept 7, no record of him leaving