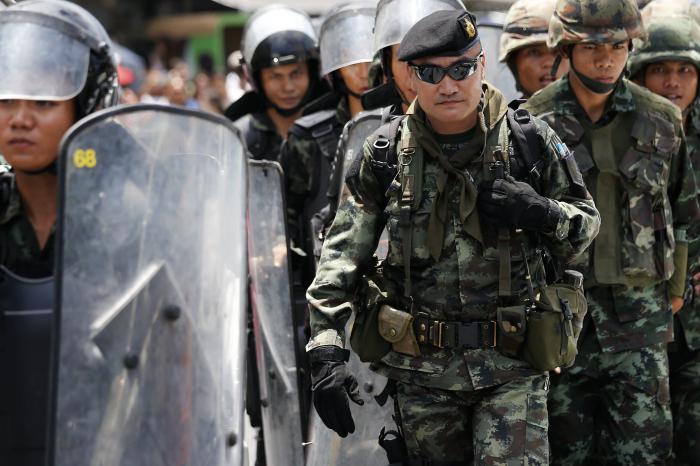 PHUKET: A company of police and troops used a police truck to block the inbound Phahoyothin Road this afternoon to stop a procession of anti-coup protesters.

The uniformed security personnel set up the road block in front of the Bang Sue police station while the protesters were heading to the Victory Monument.

The protesters moved from the Major Ratchayothin shopping mall while holding banners saying “Take the coup back to barracks, and return the people’s power”.

The demonstrators also booed at troops deployed to keep security. While they were protesting against coup, a woman walked through them to express moral support to the troops, leading to a brief confrontation.

The woman was later escorted away by police.

The demonstrators later dispersed after the commander of the troops there announced that they would be arrested for violating the martial law if they did not stop.

The demonstrators vowed to return to hold more rallies in front of the shopping mall.