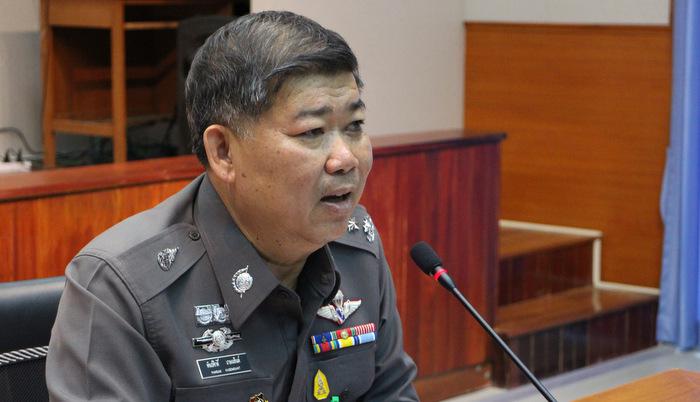 PHUKET: Police stations throughout Phuket will have video conference capabilities installed so that tourists can communicate with translators in Bangkok at any time, one of the country’s top-ranking policeman announced in Phuket yesterday.

The team of translators will be conversant in many languages, including English, Chinese, Russian, Burmese, Lao and Malay, Lt Gen ML Pansak said.

“We will have at least six qualified translators per language on stand by at the Tourist Police Division headquarters in Bangkok to help police communicate with tourists easily,” he told the meeting of top-flight officers from Phuket, Phang Nga and Krabi.

Gen M.L. Pansak explained that his office had received requests from police in 30 provinces to have translators available.

The move will also help facilitate the introduction of the AEC [Asean Economic Community] in 2015, he added.

Misunderstandings between foreigners and police had caused problems in the past, he noted.

“In one case, there was a translation mistake, and the victim complained to the international media about Thailand. We do not want that situation to happen again,” he said.

“Some police stations already have foreign volunteers assisting them, but we want to do our utmost to make sure that we do not have any more misunderstandings in translation.”

Gen M.L. Pansak played down the impact of the coup and the curfew on daily life.

“Do not worry about the coup if you have not done anything wrong, but make sure you comply with the announcements,” he said.

“The Royal Thai Police are giving their full support to the army. However, our orders right now are to continue with our duties as usual and to maintain the safety of the people as our top priority.”