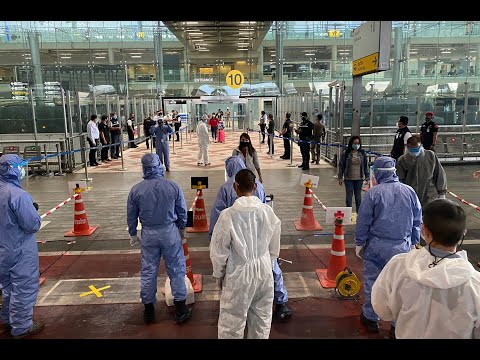 “The third or fourth quarter of 2020.” That’s as precise as deputy PM Somkid Jatusripitak could say when Thailand would re-open its borders for foreign tourists.

“…priority will be given to those arriving from coronavirus-free areas.”

“The government has to be prudent in screening travellers and implementing an efficient tracking system to reduce the risk of a second wave of infections.”

“Visitors from countries or areas where Covid-19 outbreaks have been contained are likely to be the first to get the green light.”

His vague range of dates, of Q3 and Q4, blow out the pent-up expectations that Thailand would be re-opening international borders to everyone on July 1. That is clearly not the intention of Thailand’s CCSA leadership team who will carefully curate the flow of international traffic at its borders in coming months.

“It doesn’t have to be an entire country. We can allow visitors from towns or provinces which are free from the coronavirus. Travel restrictions will be gradually eased,” he was quoted as saying in Bangkok Post.

The terms the government are using are ‘travel bubbles’ and ‘green lanes’ that would share reciprocal safe entry for travellers from both countries, without the need for 14 day quarantines.

In other news, Thai Airways pushed out its plans to relaunch international travel to at least the start of August, from July.