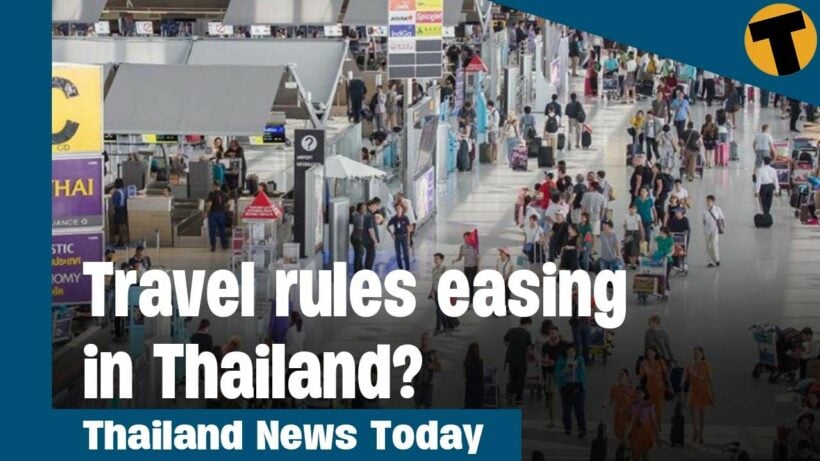 A government spokesman has confirmed that Thailand will remain neutral on the Russia-Ukraine conflict. The spokesman said due to the threat by Covid-19, Thailand doesn’t want any international conflict to worsen the public health crisis.
He also restated what foreign ministers have said, that all parties should exercise “maximum restraint”. He stressed that PM Prayut has supported a policy of ‘dialogue’ to achieve peace.

The director-general of Thailand’s Department of Employment said there are currently 441 Thai workers in Russia. He said most of them are spa workers and massage therapists.
He said…
“Travelling to work in Russia is dangerous so Thai workers must wait until the situation eases”.
The director-general said Russia has closed its airspace to European Union countries and their allies that have imposed sanctions on it. This means flights to Asia from these countries have to be rerouted, creating longer travel times and higher ticket prices.

The governor of the Tourism Authority of Thailand says tourism predictions may need to be revised due to the fallout from Russia’s invasion of Ukraine, which includes surging oil prices and rising inflation. Yuthasak Supasorn adds that entry restrictions will be relaxed in stages as officials move to declare Covid-19 endemic… that’s meant to happen in July according to the public health department.

Yuthasak says that the delay to reopen the country and the Russia Ukraine conflict will force a revisiting of tourism numbers for 2022. He also noted that further relaxation of entry requirements, including the end of the much-maligned Thailand Pass by the second half of the year, will be necessary for the tourism reboot to pick up as the year progresses.

The CCSA is expected to propose the easing of some travel rules at its next meeting on March 18. However, unfortunately for those who feel strongly about it, dropping the PCR test on arrival is not expected to be one of them. Yuthasak insists the measure is still required while Thailand is struggling with the current high infection rate.

In terms of foreign arrivals, once the virus has been declared endemic, Yuthasak acknowledges that July is the summer season in Europe and European tourists may prefer to holiday in their own region at that time.

However, Thailand can expect to welcome more tourists from the short-haul market instead. This includes India, which recently agreed to a travel bubble with Thailand, Vietnam, which re-opens fully on March 15, and Malaysia, which will re-open its land border with Thailand from April 1.

Meanwhile, the TAT is waiting to see what the CCSA decides for the upcoming Songkran holiday in April. If officials give the go-ahead for celebrations, Yuthasak says his agency will launch marketing campaigns to boost tourism.

A recent autopsy on the body of the Thai TV actress known as “Tangmo” shows that there was no sign she was hit in the head with a hard object before drowning in the Chao Phraya River in Bangkok last month… this according to a forensic doctor who examined the body of the 37-year-old celebrity. There were reportedly no broken teeth, head injuries, or any other signs of trauma from a hard object.

The new autopsy was conducted in response to actor and volunteer rescue worker Ekkapun “Tide” Bunluerit, who questioned the investigation on a recent TV show. Tide, who was among the first to see the body after it was retrieved from the river, said it looked like a hard object may have struck Tangmo’s face because there was bruising near her right eye and several teeth appeared broken.

Those who were with Tangmo on a speedboat the night she drowned say she fell into the river when she went to the back of the boat to urinate. But many, including the actress’s mother, have been skeptical of the witnesses’ claims and have suspected foul play.

An initial autopsy report showed the actress died from drowning, noting there was sand in her lungs. There was also a large cut on her thigh, which examiners say is possibly from the speedboat’s propeller.
The boat’s owner and driver have been charged with operating an unlicensed vehicle and negligence leading to death.

The Public Health Ministry says it will adjust how it records Covid-19 deaths after it emerged that up to 30% of patients who died passed away, primarily, as a result of underlying illnesses.

Thailand’s health minister says officials will revise the data to ensure the cause of death in Covid patients is more accurately established.
The move comes as a senior doctor from the health ministry confirmed that between 10 and 30% of patients who died while infected with the virus also had conditions such as cancer.

Thailand reported another 74 deaths yesterday, which was a record high during this current wave, but significantly less than the 312 deaths reported during the pandemic’s peak. New infections rose for the third day in a row yesterday, at 22,984. This figure doesn’t include 49,494 positive antigen results, which would bring that daily total to 72,478.

Meanwhile, the National Health Security Office continues to struggle with the volume of calls it’s receiving from Covid patients. The NHSO says the office has missed over 3,500 calls and messages due to the service being completely overwhelmed.

He says the office will follow up on the missed calls and messages to ask patients about their symptoms. He adds that it will take around 5 days to return the calls of all patients in Bangkok and in 5 surrounding provinces.

Patients with only mild symptoms will be given a supply of Favipiravir and told to rest for 10 days. The NHSO and the Department of Thai Traditional and Alternative Medicine have also distributed around 40,000 packs of the alternative treatment green chiretta to 900 communities.

Health authorities in Thailand are accelerating the Covid-19 vaccine rollout for the elderly population ahead of the Songkran holiday in April.

The CCSA says the government wants to ensure people over the age of 60 receive a booster dose to maintain high immunity during the annual holiday.

The move comes as many people plan to return home, reuniting with elderly relatives over the New Year holiday period. The vaccination drive for the elderly will be rolled out this month. Between March 21 and 31, the plan is to vaccinate 70% of Thailand’s elderly population.

Recent data from the Public Health Ministry shows that just 31% of Thailand’s elderly population has received a third, or booster, a dose of a Covid-19 vaccine. Officials are anxious to prevent any more deaths in the elderly, with concerns raised over potential contact with infected family members over the holiday.

He said Thailand will keep its policy of capping domestic diesel prices at 30 baht per litre, using subsidies from the Oil Fund. The cabinet recently approved borrowing an additional 30 billion baht from the fund, from a cap of 40 billion baht to deal with the rising price.

The minister added that the decision to cut taxes on diesel and bunker oil used to generate electricity is meant to help lower electricity bills. He said energy reserves will be slowly raised until the target is met.

Alcohol-based hand sanitiser is being banned at Thai prisons after one inmate died, another became blind, and 31 others were injured from mixing the hand gel with soft drinks to get drunk.

All forms of alcohol products are typically prohibited on prison grounds, but during the Covid-19 pandemic, with major outbreaks at Thai prisons infecting tens of thousands of inmates, rules were loosened to allow alcohol-based sanitiser gels. The sanitiser will now be replaced with liquid soap.

A group of inmates at a prison in a northeastern province stole the hand sanitiser and then mixed it with soft drinks to make a cocktail. Some inmates who drank a large amount of the mixture ended up in the prison hospital.
One inmate died and another lost his vision. Other inmates who did not drink as much reported dizziness, vomiting, and stomach aches.

Drinking alcohol-based hand gel can lead to methanol poisoning, which can even lead to death. Others who ingest sanitiser gel made with ethanol or methanol might experience symptoms like vomiting, abdominal pain, and blurry vision.

Bangkok officials are untangling cables on a major road to improve the city’s appearance and safety. The minister of Thailand’s Digital Economy and Society Ministry said this move on Sukhumvit Road is part of a larger push to better Bangkok’s landscape and promote it as a “lively world-class city”.

The National Telecom executive vice president said the agency is ready to cooperate on the initiative with the DES.

The DES minister stressed that the city landscape would improve and be safer for citizens, even though there might be temporary inconveniences for people who live in the area where the cables are being untangled.

Talk of Bangkok getting rid of the mess of overhead black cabling has been a talking point for the past 2 decades but now seems to be happening, and in other tourist-heavy locations around the country. Most of the black spaghetti is communication cabling with only a small proportion of the overhead wires part of the electricity network.

Tangmo’s fans to rally “for justice” today in Bangkok

Driver focused on GPS accidentally drives into canal in Korat