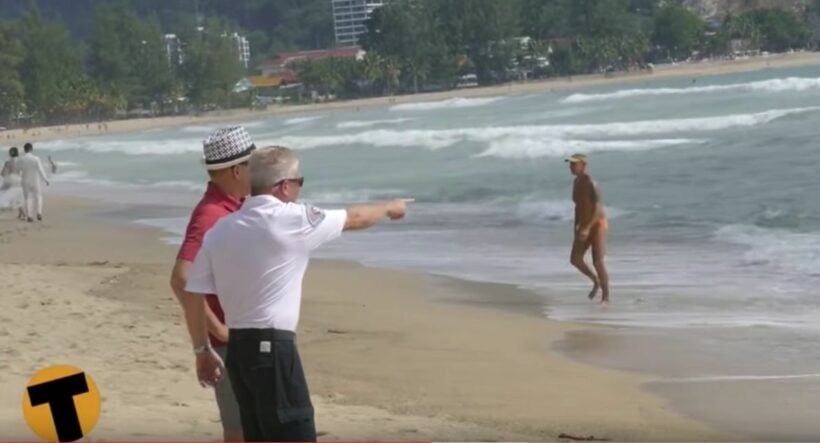 Gunmen in Pattanni province in Thailand’s restive South shot dead an assistant village headman while he was exercising at a children’s playground yesterday.

The drive-by shooting occurred at playground in front of a football field in tambon Yarang.

Witnesses say Chanwit Kaso was using the exercise equipment when four men pulled up on two motorcycles, opening fire at Chanwit with a pistol, hitting him three times in the body, killing him instantly. The gunnmen fled immediately after the attack.

The suicide letter from a former Yala judge, who took his own life on Saturday in Chiang Mai, continued to raise many suspicions about the independence of the Thai judicial system.

Khanakorn Pianchana, previously the head of the trial court at Yala Provincial Court in southern Thailand, took his own life on Saturday in his Chiang Mai residence. He posted a 2 page letter dated March 6 titled “Khanakorn October” which he posted on his Facebook page.

The letter mentioned the incident last October when he shot himself in the Yala courtroom after begrudgingly reading a ruling he said had been influenced by a senior judge. His letter continued to criticise the independence of Thai judges.

Lost at sea: Thailand – A study from ISLA

The study highlights the dangers of the moody Andaman Sea that surrounds the Island of Phuket in southern Thailand.

The document notes a total of 253 deaths and 417 serious injuries related to drowning incidents since May 2012. The document calls for Phuket officials to assist local lifeguards to create a unified, professional lifeguard force for the Island. Only then, they say, will the grisly drownings, jet-ski accidents, vessel collisions and snorkelling deaths begin to recede.

Responding to a report on Facebook, Deputy Agriculture Minister Thamanat Prompow is embroiled in another controversy.

The Minister admitted today that his assistant met a man who was reported to be hoarding face masks, but he denied they discussed the mask trade. The post alleged that Thamanat’s close aide had a hoard of 200 million medical face masks for resale to China. He said on his own Facebook page there was a man hoarding masks for sale, but emphasised he has no connection with the man, who he named. But he did admit that his aide met the man at the Marriott Hotel in Pratunam, Bangkok.

Thamanat, aka Manat Bophlom, was convicted of conspiring to import heroin to Australia in 1994, and sentenced to six years imprisonment. He served four years, then was deported upon his release. Thamanat denies the conviction, and claims he never confessed to the charges.

The Energy Minister says has been meeting with related electricity agencies today, including the Energy Regulatory Commission, to discuss the issue. If approved, there will be a three month long measure and will be implemented as soon as possible. The ministry is also studying ways to lower the price of cooking gas, petrol and diesel.