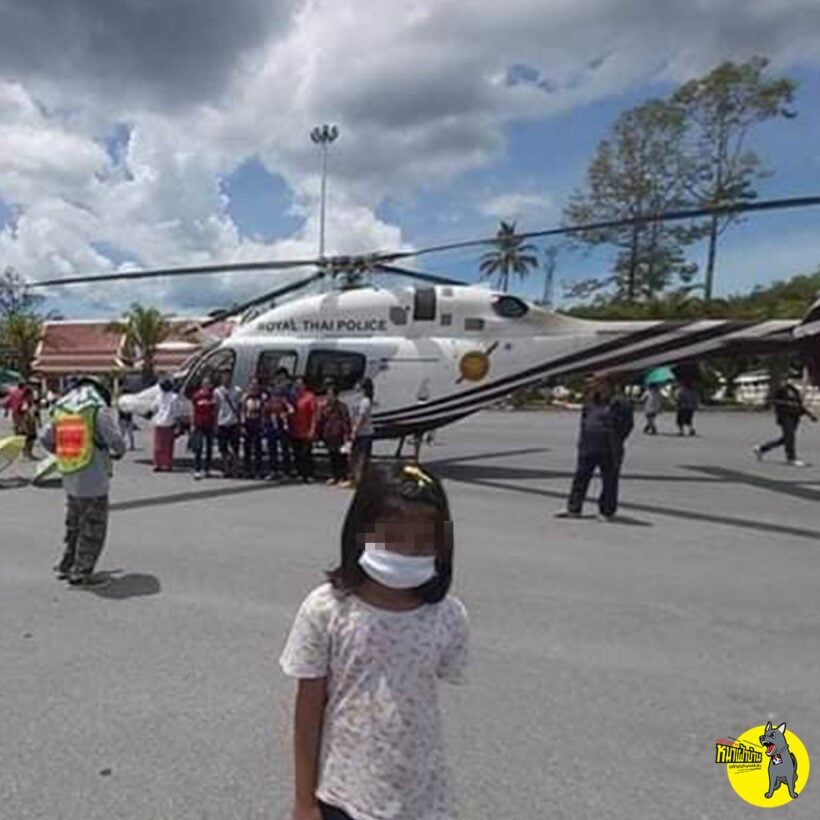 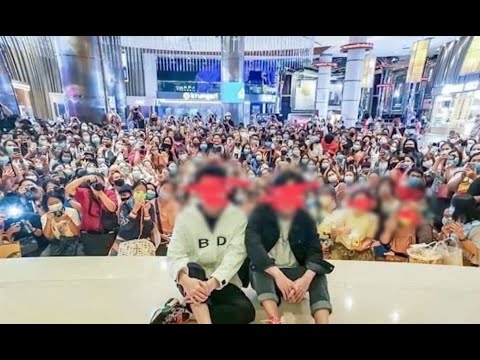 7 new confirmed cases of the Covid-19 in Thailand today. All 7 were reported as Thai nationals who were recently repatriated from aboard.

• 2 were students returning from Pakistan

• 3 were masseuse returning from the UAE

• The other was a Thai woman returning from the US

Today marks the second week, with no new cases of Covid-19 transmitted locally. The Thai Government, however, says their current target is to reach a full 2 virus incubation periods – 28 days – with no cases spread locally until they feel secure in the country’s lack of a-symptomatic carriers.

The senior regional officer for the Tourism Police Bureau parked the helicopter inside the compound of the Wat Chedi in Sichon, a district in Nakhon Si Thammarat.

The officer is going to be transferred to Tourist Police HQ after photos of the helicopter parked at the temple were posted on a Facebook page. The temple responded, saying that the police officer was there to monitor safety and coronavirus prevention measures. It’s unclear why he needed a helicopter for that and he couldn’t have arrived by one of those normal car things.

The temple is highly revered by local people in the area.

The cinema was ordered to close for 3 days for breaking the coronavirus prevention rules stipulating that cinemas would have to follow social distancing rules and wear facemarks like all other businesses.

The cinema was hosting a meet-and-greet with two actors to promote the new Thai drama “End of Love.” Photos of the event show hundreds of people crowded together with zero attention to social distancing.

The mayor of Saen Suk municipality in Chon Buri has posted a warning on his Facebook page saying that Bang Saen beach could face another closure if tourists fail to comply with safety measures to curb the spread of Covid-19 infections. The beach was re-opened last Wednesday, closed the next day because of the hordes of crowds and re-opened again on Friday. The mayor said…

“If tourists continue to violate health measures, closure can be enforced once again.”

Maybe the mayor needs to spend 5 minutes in Bangkok seeing what happens on the BTS and MRT public transport systems.

Posting on its Facebook page, Beervana says it wants to warn other companies and is also petitioning for the law to be abolished, claiming it’s hurting businesses that are already struggling during the Covid-19 crisis.

Under the act, suppliers are forbidden from promoting particular brands of alcohol, posting branded bottles or glasses, giving alcohol away for free, issuing invitations to try a particular alcoholic product or using celebrities to endorse alcohol brands. The act has been around since 2008 but sporadically enforced.

Finance Ministry looking at 3,000 baht ‘travel bank’ in next stimulus round

The Finance Ministry is looking at giving domestic tourists a 3,000 baht ‘travel bank’ to deduct off the cost of participating hotels, restaurants and tourism attractions.

This time the restaurants, hospitality options and attractions will need to register for the service while the users won’t need to register. They can’t cash in the credit, just use it on goods and services with registered businesses.

It is hoped the new scheme will help tourism-related businesses re-open and service some domestic tourism before the borders are re-opened for international tourists some time later. International borders remain closed to scheduled international flights and tourism until at least the start of July.

Thai Airways pushes back resumption of international services to August