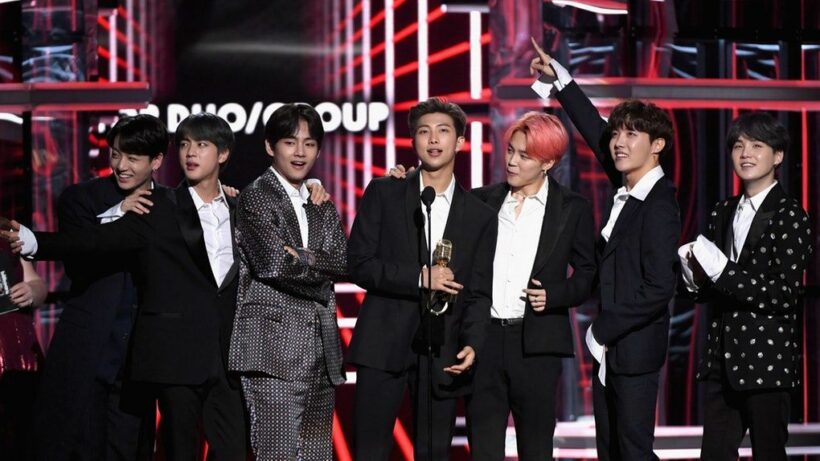 K-Pop fans, and groups, are getting behind the Black Lives Matter issue as a sweep of global attention is now on the US and the protests that are igniting around the country. Protests have erupted in cities around the world as attention is drawn to the plight of African Americans and a history of systemic abuse by police and the judicial system in the US.

Now fans of world supergroup BTS, the world’s biggest music group out of South Korea, have raised and donated $1 million to the Black Lives Matter movement, matching the donation of the same amount by the group members, within 24 hours. K-Pop is the genre of South Korean pop music, currently the latest ‘thing’ in the music world.

“We stand against racial discrimination. We condemn violence.”

Last week’s BTS tweet has since been retweeted around 1 million times.

The band’s managers, Big Hit Entertainment, announced yesterday that the company and BTS members had jointly donated $1 million to the ongoing anti-racism movement in the US, triggered by the death in police custody of an unarmed black man, Georg Floyd, as an officer knelt on his neck, whilst being arrested. The four former police officers have now been arrested – on of them on a count of second degree murder.

The announcement of the BTS donation sparked a #MatchAMillion hashtag trending worldwide on Twitter, with fans of BTS, better known as ‘Army’, setting up an online donation project for the cause. A mere 24 hours later they announced they had raised over $1 million from nearly 35,000 donors to the Black Lives Matter cause. None of the organisers of the Tweet-inspired donations are South Korean – most are from Europe or North America.

Last week K-Pop fans flooded the controversial online spoiler #WhiteLivesMatter hashtag, used by those who criticise the anti-racism protesters, by posting videos and images of their favourite singers and trolling the users of the hashtag.

BTS, or Bangtan Sonyeondan, are the first K-Pop group to top charts in the US, Britain and Europe, as well as many Asian countries, with a string of sold-out shows in LA, Paris, New York and London’s Wembley Stadiums. They are the first pop music act to match The Beatles string of 3 Number One albums in the US Billboard Chart in a 12 month period.

“I am from London. My mom had to deal with racism all her life. I’m absolutely proud to tell her the group that I adore supports us and stand with us.”

“BTS stand on the right side of history. I am so proud to be an Army.”

“I am black and adore BTS. Their support means so much to us. We need change urgently and this is our time to be heard.”