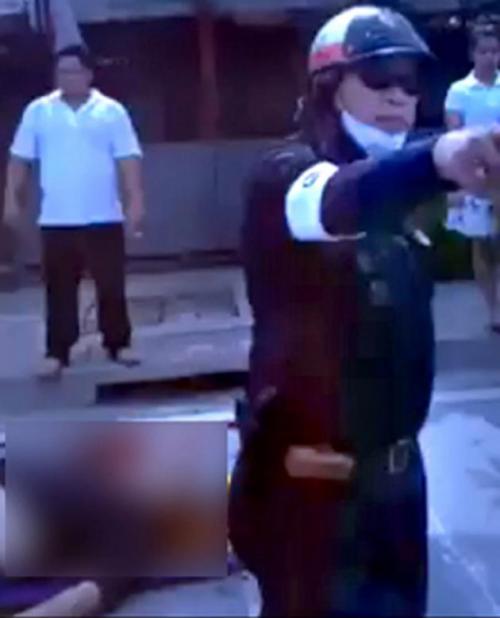 UPDATE: Thais arrested in US over suspicious gun-parts shipments
The Nation / Phuket Gazette

PHUKET: National Police Chief Pol General Adul Saengsingkaew has assigned a deputy to handle a case in which US authorities have arrested and indicted three Thais and three Thai-Americans on charges of illegally exporting restricted firearm parts from the US to Thailand on more than 240 occasions in the past three years.

Apart from assigning Pol General Pansiri Prapawat to handle the issue, Adul also instructed a police unit that handles firearms-related investigations to join the probe, and instructed the chief of the police’s Foreign Affairs Division, Pol Maj-General Manote Tantrathien, to contact US authorities and request information from them.

The move came after US federal prosecutors on Monday announced the arrests over the weekend of the two women and four men for conspiring and then attempting to violate the US Arms Control Export Act (click here for story).

Thai citizen Supanee Saeng-uthai, 35, was arrested in Berkeley, California, while another Thai, Nares Lekhakul, 36, was detained in Bellevue, Washington state, and his elder brother Naris Lekhakul, 42, was arrested at the Seattle-Tacoma (SeaTac) International Airport in the same state. Three Americans of Thai origin were also arrested: Witt Sittikornwanish, 24, and Sangsit Mowanna, 35, were arrested in Los Angeles, while Wimol Brumme, 41, was detained in Las Vegas.

The chief of the US Attorney’s Office in Seattle, Jenny Durkan, said on Tuesday that the arrests happened over the weekend.

Naris reportedly served to an adviser to a former Bangkok governor in 2000.

Durkan’s office described Naris as the ringleader. He was arrested at SeaTac as he arrived from Thailand, the office said.

Prosecutors say that between 2011 and 2013, the group concealed weapons parts in cargo shipped to Asia under misleading labels. Officials allege the group is responsible for at least 240 shipments.

The suspects did not obtain licences to make firearms shipments, used false names and invoices to avoid detection, packed the goods in certain ways to avoid detection by X-ray scanners and falsely labelled the contents of packages, according to the US Attorney’s Office. The packages did not contain details on further destinations inside Thailand or the intended recipients of the firearms components here, the office said.

PHUKET: Untaxed luxury cars probably cost the country more than 20 billion baht in lost revenue, according to the Department of Special Investigation (DSI).

DSI chief Tharit Pengdit made the estimate based on the assumption that more than 8,000 luxury vehicles in the country had been or were about to be registered illegally.

Major Sukchart Sasomsap reported himself to the DSI last night, after a licence plate number that he once owned was linked to an alleged tax-evading vehicle.

Many luxury cars were smuggled into the country, but were later registered under claims they were imported as auto parts and re-assembled later.

Tharit said Thailand has no facility to reassemble super cars. Therefore, super cars that have been registered as reassembled in Thailand must have used false documents.

The DSI will today search four facilities that have been identified as places where auto parts are assembled into super cars.

“But from information we have received, these places do not have the technology to assemble luxury cars. They are just godowns,” he said.

The DSI will today meet with the Land Transport Department, the Excise Department, the Customs Department and the Central Institute of Forensic Science to discuss tax-evading vehicle schemes.

The imported luxury cars are usually subject to a tax rate of between 200 and 314 per cent. Using certain illegal methods, the tax rate can be reduced to just 30 to 50 per cent.

The issue came under the spotlight after some luxury cars in a trailer caught fire in Nakhon Ratchasima while they were on their way to Si Sa Ket last week. Nobody has stepped forward to claim ownership of the vehicles.

One licence plate found among the burned cars allegedly had a link to Sukchart.

A senior policeman, Colonel Panu Buranasiri said some government officials must have been involved in the tax-evading scheme because relevant documents appeared genuine.

He is now looking into a request to retroactively register seven luxury cars in Si Sa Ket, and a case in Nakhon Ratchasima,” Panu said.

Transport Minister Chadchart Sittipunt also ordered a probe into the Nonthaburi Transport Office after statistics showed that up to 2,741 reassembled luxury vehicles were registered under its jurisdiction.

Meanwhile, Industry Ministry spokesman Nattapon Nattasomboon said there were 89 entrepreneurs registering themselves as car reassemblers. “But it seems only 10 have really operated their reassembling lines,” he said.

“If they don’t have the reassembling lines, they will face a maximum fine of Bt200,000 and/or a jail term of up to two years,” Nattapon said.

He added that the Thai Industrial Standards Institute (TISI) would work with the DSI in taking action against those behind reassembled vehicles that did not undergo TISI inspections.

“We plan to investigate reassembled motorcycles, too,” Nattapon said. He believed there were about 1,000 such motorcycles in Thailand.

PHUKET: A man seriously injured in a motorcycle accident y