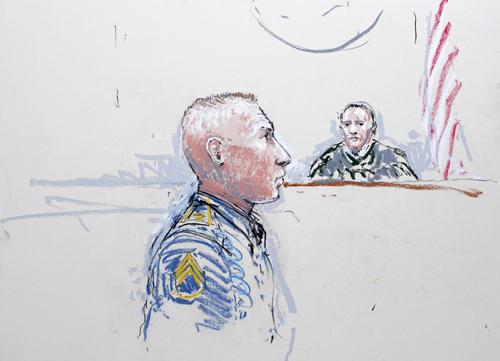 PHUKET: Venezuela yesterday deported an American filmmaker who was arrested in April on accusations of spying for Washington and plotting with opposition student groups to destabilize the South American OPEC nation.

“The gringo Timothy Hallet Tracy, who was captured while spying in our country, has been expelled,” Interior and Justice Minister Miguel Rodriguez Torres said on Twitter.

The American’s lawyer, Daniel Rosales, said the charges against his client had been dropped, and the 35-year-old returned to the United States on a commercial flight to Miami.

“It was a traumatic experience. He’s going to need some time,” his sister, Tiffany Klaasen, told Reuters, saying he was still trying to come to grips with his imprisonment.

“We’re just really happy that my brother is back and safe,” she said by phone from her home in Grosse Pointe Farms, Michigan.

The outcome of the case was seen as a test of new Venezuelan President Nicolas Maduro’s intentions toward Washington following years of hostility from his predecessor, late socialist leader Hugo Chavez.

During a trip to Latin America in May, President Barack Obama called the accusations against Tracy “ridiculous.”

Tracy’s release came hours before US Secretary of State John Kerry met with Venezuelan Foreign Minister Elias Jaua on the sidelines of a regional meeting in Guatemala in a rare high-level meeting between the ideologically opposed governments.

Tracy’s sister said a former US congressman from Massachusetts, William Delahunt, who has worked to foster better relations between the two countries, helped win his release.

Delahunt was part of a small US delegation at Chavez’s funeral in March. He has been advising Tracy’s family since his arrest.

Friends and relatives of Tracy, who was a director and producer at Los Angeles-based Freehold Productions, according to his LinkedIn profile, said he was making a documentary in Venezuela ahead of its April 14 presidential election.

He was arrested 10 days after the vote as he tried to fly out of the country – amid a flurry of headline-grabbing accusations by the government that included claims of assassination plots against Maduro from US soil.

Venezuela said intelligence agents had been tracking Tracy since late 2012 and had uncovered ample evidence he was plotting with militant anti-government groups to provoke “civil war.”

Klaasen said her brother was treated well while he was in jail. “We were in touch with him every day,” she said. “We never had any concerns about his safety.”

Several dozen Venezuelan filmmakers had appealed for Tracy’s release. According to his LinkedIn profile, Tracy attended Georgetown University and his work included the “Madhouse” TV series about stock car racing for the History Channel.

Maduro rebuffed Obama, describing his US counterpart as “the grand chief of devils” and issuing a formal protest note.

Maduro, who narrowly won April’s vote amid allegations of foul play by both sides, has at times also seemed to strike a more conciliatory note.

On Wednesday, Kerry called Venezuela’s decision to release Tracy a “positive development” after meeting with Jaua. He said he hoped the two countries could move quickly to reinstate mutual ambassadors, which they have been without since 2010.

“We agreed today, both of us, that we would like to see our countries find a new way forward, establish a more constructive and positive relationship,” Kerry said.

Washington has held back recognition of Maduro, and a US official said this week that there remained concerns about how deep post-election divisions in Venezuela would be resolved.

Keep checking the Phuket Gazette’s World News section, join our Facebook fan page or follow us on Twitter at @PhuketGazette for the latest international news updates

PHUKET: The US soldier accused of passing classified files to the WikiLeaks website boasted of his ability to crack passwords, one of his Army supervisors said at a court-martial yesterday.

The soldier, Private First Class Bradley Manning, 25, is charged with providing more than 700,000 documents to WikiLeaks, the biggest unauthorized release of classified files in US history. The most serious among the charges is aiding the enemy.

“He said he felt very fluent with computers. He said he spoke their language,” said Showman, who was one of Manning’s supervisors when he worked as an intelligence analyst at a US Army base east of Baghdad in 2010. “He said there wasn’t anything he couldn’t do on a computer.”

WikiLeaks began exposing the US government secrets in 2010, stunning diplomats and officials. They accused Manning of endangering lives and damaging sensitive diplomacy.

Showman said Manning had installed Microsoft’s IRC, or Internet Relay Chat, on her computer even though only a civilian contractor was allowed to do so.

One of Manning’s commanders testified that anti-US insurgents used several online sites to mine for information. In a potential blow to the case against Manning, she did not name WikiLeaks even though the website was listed in a 2008 Army counterintelligence report as a potential source of leaks from inside the military.

Fulton’s testimony could potentially hurt the prosecution’s charge that Manning was aiding the enemy by providing documents to WikiLeaks, said Elizabeth Goitein, co-director of the National Security Program at the Brennan Center for Justice in Washington.

Fulton said she had seen part of the leaked material, a combat video from a 2007 Apache gunship attack in Baghdad, in December 2009 when it was stored on the hard drive of the Iraq base’s classified computer.

When the video surfaced in April 2010 on WikiLeaks, she told Manning and others that she did not believe it was the same one she had seen. Manning told her he believed it had been edited and then sent her both versions, she said.

Manning, who has been in confinement since he was arrested in May 2010, could be sentenced to life in prison without parole if convicted. His lawyers have said he only wanted to show the US public the reality of war in Afghanistan and Iraq by releasing the information.