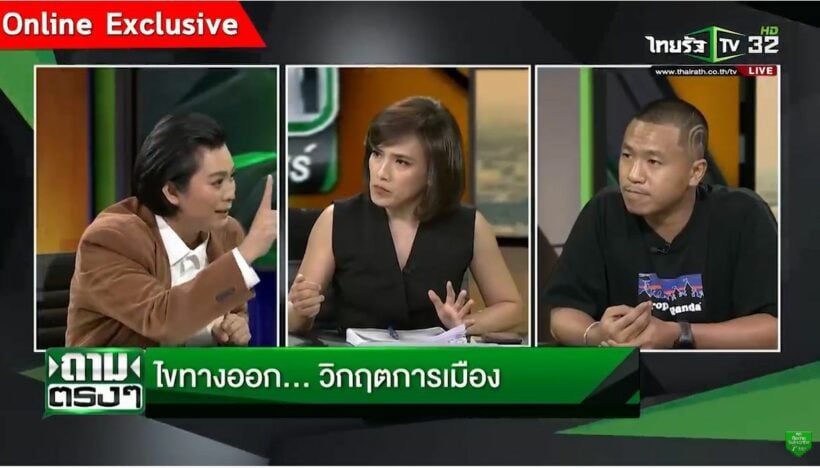 A debate between a royalist and a pro-democracy supporter got heated and turned into shouting during a broadcast on a Thai news channel. In one bizarre exchange, the royalist spokesperson accused Jewish Americans of backing the pro-democracy movement.

The ongoing political protests, calling on government and monarchy reformation, has led to a divide in Thailand with a split between those calling for democracy and those trying to protect the status quo and the Thai Monarchy.

Jatupat said he’s calling on the resignation of PM Prayut Chan-o-cha because the former army general seized power in the 2014 military coup. Haruethai immediately shot back, saying the coup was a necessary solution because the government under then-PM Yingluck Shinwatra was too corrupt to fix problems.

As things became more heated, Haruethai started yelling. At one point, she even claimed Jewish Americans are funding the pro-democracy movement. She went on to say that even in United States, human dignity cannot be guaranteed, and referenced the Cold War and America’s history of slavery.

Royalists have accused the US government of “interfering” with Thai affairs. A group of royalist protesters even gathered outside the US Embassy in Bangkok, calling on the American government to stop a so-called “hybrid war”, without any further details about exactly what that is.

Pro-democracy activists say the US is not involved. At the debate, Jatupat said the protest is driven by Thai youth who care about the future of their country.