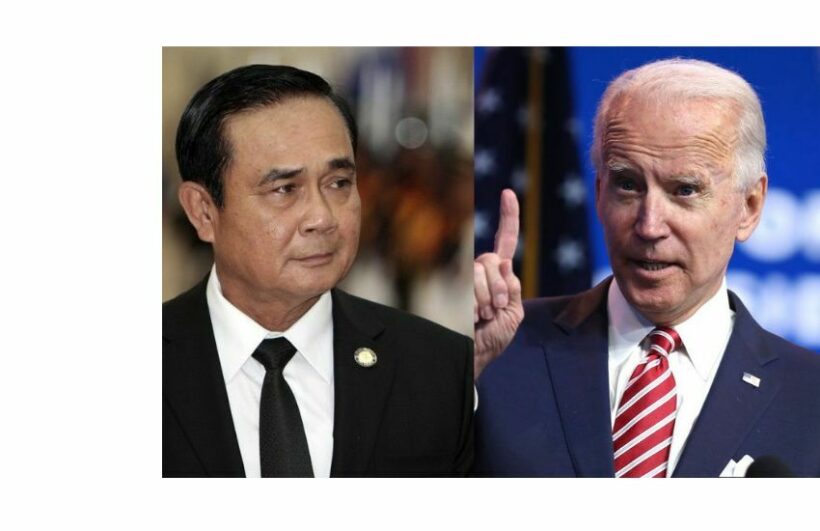 PHOTO: Thai PM and US President

Thailand’s PM Prayut Chan-o-cha sent a letter of congratulations to US resident Joe Biden. He says the Thai government is ready to work closely with the US government to promote cooperation in all aspects and all levels.

He also says that Thailand and the US have a long relationship that dates back over 200 years. And, as Thailand is the US’s longest standing ally in Asia, he hopes the US, under President Biden “will not turn its back on the country”.

He also called for cooperation between the 2 countries in handling the global pandemic together, saying “the worldwide Covid-19 pandemic has taught all countries a lesson and that the world is facing historic changes, with the most important thing being “for all of us is to come together face to face and to cooperate with one another”.