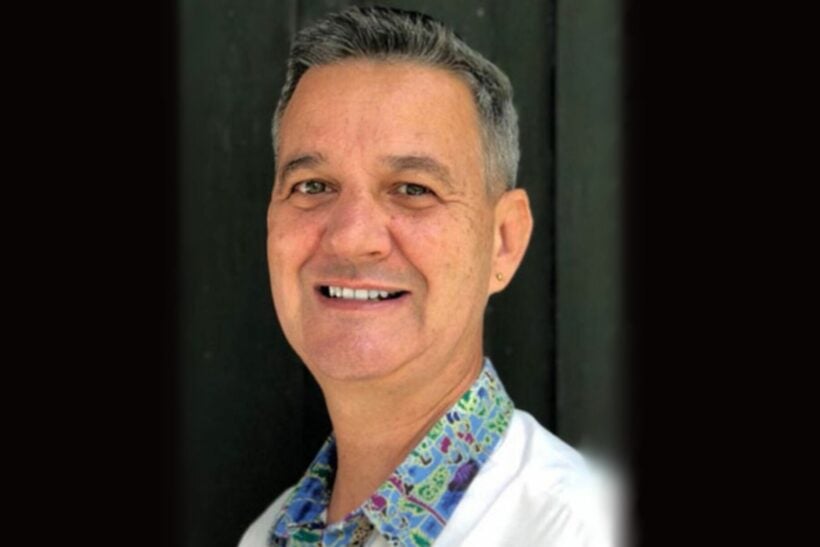 During the search for a well-known expat on Koh Phi Phi who has been missing since Saturday, the body of a Thai man was found, according to the Thai-language news outlet Thairath. The report says officials suspect the Thai man died several days ago, around the same time 56 year old Florian Hallermann went missing.

Florian is from Austria and is the general manager of the Zeavola Resort on the island. A report from Phuket News says the expat has been working on Koh Phi Phi for nearly two decades and was loved by locals. He was last seen walking alone through the island’s Laem Thong area, headed toward Ao Nui. The Krabi immigration superintendent says surveillance camera footage from a hotel in the area shows Florian walking by at around 2:24pm Saturday.

When Florian didn’t return to the resort, the staff posted a photo of him on social media to ask if anyone on the island had seen him. A missing person report was filed on Monday at the Koh Phi Phi Police Station.

Yesterday, more than 50 people, including tourist police officers, rescue volunteers, and residents, broke up into four teams to search for Florian. During the search, one team found the body of a Thai man in the mangroves. Officials confirmed that the body was not the missing expat, but reports do not say if the body has been identified. An autopsy of the body is being done at the Phi Phi Hospital. There were no wounds on the body or reported evidence of foul play.

Jason
At least one...possibly two are a case of death in paradise. For the Thai man, I can only hope the police investigation can shed some light on his death. For the expat,one can only hope that he has simply lost…