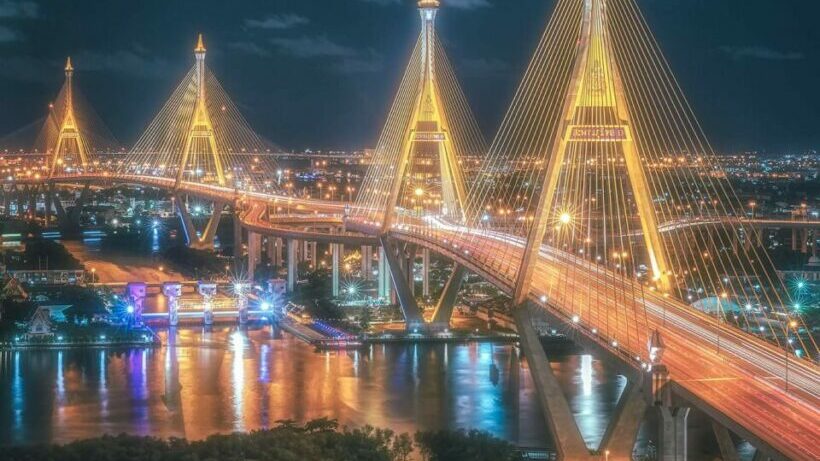 Recently, a man in Samut Prakan, a central Thai province, was arrested after he broke curfew and whose suspicious behaviour led police to discover an array of drugs on his person. The man, 45 year old Pairot Nakbut, was caught outside around 9:30 pm near a police checkpoint. Pairot was reportedly uncooperative and cried out for his mother for an extended period of time in his interaction with the police.

Pairot reportedly tried to make a turn when he spotted the police checkpoint. However, police approached the 45 year old before he could make his getaway.

The police say Pairot started acting erratically immediately, such as talking rapidly and nonsensically. Reportedly, he pulled out his wallet but made sure to keep a tight grip on it. When police asked to see the wallet, Pairot began to bawl and scream for his mother. According to Thai media, it was at this moment that Pairot started to lose control.

Pairot refused to let go of his wallet and a struggle ensued between him and the assembled officers. Police say they had to restrain Pairot and lost some of their masks and ripped their gloves in the struggle.

The 45 year old curfew breaker readily admitted that he bought yaba pills from a friend called “Ek” at 30 baht a pill. It was not immediately clear what prompted Pairot to make this confession

When police searched the prized wallet, they allegedly discovered 7 green yaba pills, 7 orange yaba pills, and 5 small bags of crystal methamphetamine. Pairot also reportedly had “small clear bags” on him as well as “equipment” to take the drugs.

The police say Pairot then elaborated on why he had the drugs: he was going to sell some of them and take some of them himself. He then outlined his price scheme for the drugs, 50 baht for a yaba pill and the crystal methamphetamine would be sold at 300 to 400 baht per bag. Pairot did not explain if the price difference was quality or quantity related.

It was not reported if police were able to put Pairot in touch with his mother.

9S_
I live in SP, Bangna the BKK side. People don’t care. They still gather, drink beer and do karaoke.    We can blame the government but also people need to be responsible. Apparently hearing siren blare out everyday doesn’t force…

King Cotton
24 minutes ago, 9S_ said: I live in SP, Bangna the BKK side. People don’t care. They still gather, drink beer and do karaoke.    We can blame the government but also people need to be responsible. Apparently hearing siren…
Sjyen
That's a headline...  When there is to little to write about, maybe leave it at that then ;) Poor Idiot that comes in national news for å puff of smoke!

Benroon
He'll be crying for his mum when Mr Big who's in with the wardens takes a shine to him !

King Cotton
6 minutes ago, Sjyen said: That's a headline...  When there is to little to write about, maybe leave it at that then ;) Poor Idiot that comes in national news for å puff of smoke! Point taken and thanks for…