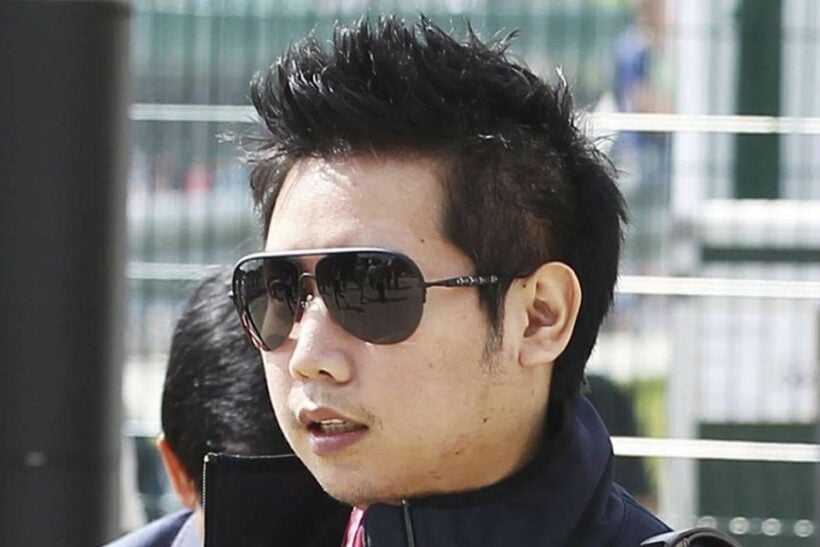 A report published by Thai-language outlet, Isra News, allegedly contains a leaked transcript of 2 police officers and a public prosecutor discussing how to change the recorded driving speed of Vorayuth “Boss” Yoovidhya.

The Red Bull heir was accused of killing Bangkok police officer, 47 year old Wichian Klanprasert, in 2012, by crashing his Ferrari into the officer’s motorbike, dragging him and the bike for over 100 metres, before speeding off. In July, a decision to drop all charges against Vorayuth, who fled overseas in 2017, caused a national outcry, prompting PM Prayut Chan-o-cha to call for an independent inquiry into the handling of the case.

The leaked transcript published by Isra News allegedly contains details of a phone call between 2 senior police officers and a public prosecutor, as they discuss how to amend a key piece of evidence that was instrumental in the charges being dropped, namely the speed at which Vorayuth was travelling when he crashed into the victim. The unnamed prosecutor can be heard discussing what the speed should be.

“I want [the speed] to be at 79.22 [kmph] as professor Saiprasit calculated. According to the law, the speed cannot exceed 80, so I ask it to be within that range. I kindly ask the commander since the prosecutor office wants to help. We want them to feel relieved. They intend to help as much as they can, so I want to ask you frankly.”

Someone else, thought to be a police officer, also discusses the driving speed.

“The professor was able to calculate the speed at 79.22 [kmph]. Can we work out the same number as him?”

“May I suggest keeping 177 as the maximum speed, so we can calculate the new minimum speed. We can’t really say that 177 [kmph] is entirely wrong.”

Another person responds: “So, don’t say that it’s wrong. We use different formulas. It’s an error from calculation.”

An independent report into the handling of the case was recently submitted to PM Prayut Chan-o-cha, but very few details have been made public. Vicha Mahakun, the former National Anti-Corruption Commissioner who chaired the inquiry, says the report reveals attempts by officials to conspire to get Vorayuth off the hook. However, he has very little to say on the leaked transcript.

“I don’t know how it leaked. I can’t say that it’s genuine, since the PM has not decided to release the full report. It’s currently a state secret.”

However, Isra News claims the transcript forms part of the evidence contained in Vicha’s report and presented to the PM. The PM admits at least 10 officials, including prosecutors and police officers, are accused of corruption and mismanagement in the case against Vorayuth. However, he has stopped short of naming any of them.